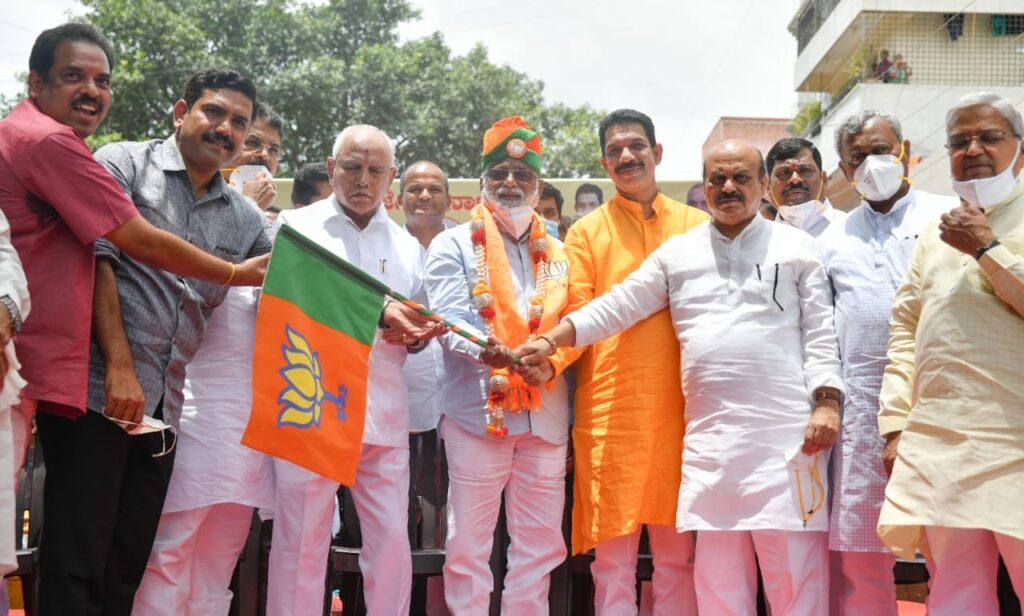 Bengaluru,  Prominent Dalit leader and former state president of Bahujan Samaj Party (BSP) N. Mahesh joined the BJP on Thursday in Karnataka. He was the lone MLA from BSP and minister for primary and secondary education in Congress-JD (S) coalition government.

Mahesh was welcomed at the party headquarters by Chief Minister Basavaraj Bommai and former Chief Minister B.S. Yediyurappa. Welcoming Mahesh into the party, Bommai stated, Mahesh is his good friend who rose through struggles.

“His organisational skills are commendable. Before he became a legislator, he won the hearts of oppressed classes. He understood the ‘sarvejana sukhino bhavantu’ (let the entire world be happy) philosophy of BJP,” he stated.

“Yediyurappa’s son B.Y. Vijayendra has been involved in strengthening the party in the Old Mysore region. If Mahesh and Vijayendra join hands, no one could defeat BJP there,” he opined.

Mahesh, MLA from Kollegal constituency in Chamarajanagar district is known as intellectual leader of the Dalit community. When he held the primary education portfolio in H.D. Kumaraswamy’s government, he contemplated denying permission for new private schools for three years and also tried to cap the fee structure of private schools.

Mahesh explained that he took this decision after being insisted by former chief minister B.S. Yediyurappa. He also said that BJP is not a terrorist organisation and he came to know in the last two years of his communication with BJP leaders that the party is working for equality.

Observers say that his inclusion would strengthen the base of BJP in Old Mysuru region, where the party is struggling to make inroads.