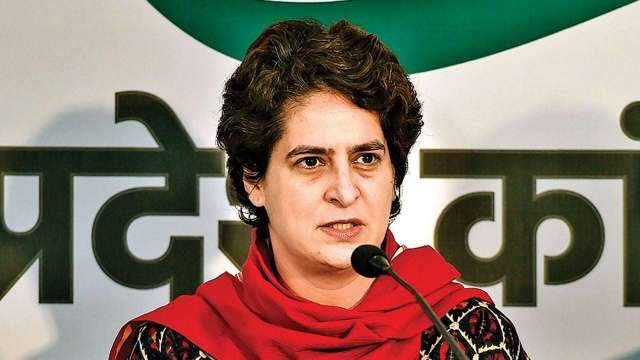 New Delhi: Congress General Secretary Priyanka Gandhi Vadra on Wednesday once again took a potshot at the government over the slow rate of vaccination, asking who is responsible for India’s confused vaccination programme?

“We are one of the biggest vaccine manufacturers in the world. Yet only 3.4 per cent of our population is fully vaccinated. Who is responsible for India’s confused and dithering vaccination programme?” she tweeted with the hashtag of #SpeakUpForFreeUniversalVaccination.

Priyanka also attached a video of herself saying on August 15 last year Prime Minister Narendra Modi declared that there was a plan in place to vaccinate every people of ther country by next year.

“It is now mid 2021 but the government’s vaccination rate is 1.9 million per day. We need seven to eight million people to be vaccinated every day to achieve that target. The Centre first took all the responsibility after that as the second wave hit it started to abdicate responsibility to the states,” she said.

The Congress General Secretary further said that other federal countries like Germany, US have followed completely different process. The Centre has procured the vaccines and allowed the states to distribute it.

“Why did the Modi government not do so?”

Priyanka has launched who is responsible campaign against the Narendra Modi government over the vaccination process.