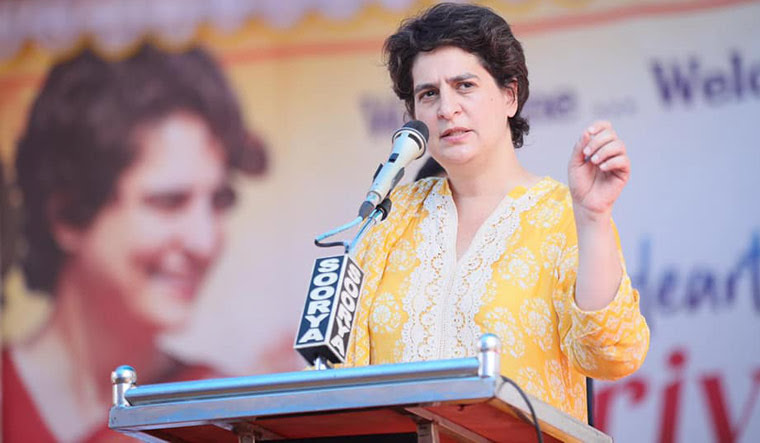 New Delhi: Ahead of the Uttar Pradesh elections in the state next year, the Congress has identified issues related to the common people which include inflation, farmers’ issues, debt of sugarcane growers and Covid mismanagement.

In line with this strategy Priyanka Gandhi Vadra on Thursday attacked the state government on the farmers’ issue and said that ‘the electricity rates for the farmers have increased many times, diesel rates have hiked over 100 times but there has been no increase in the rates of sugarcane’.

Priyanka has sought to corner the state government over the sugarcane debt and rates. She said, “The UP BJP government came to power on the promise of raising the sugarcane prices, but in the last three years it has not raised a penny and if someone raises voice farmers are intimidated with threats.”

Congress MLC Deepak Singh said, “The government in the state has done nothing in the last four years and the Congress is fighting for people’s cause in the state and will raise the issues concerning people.”

While the party is focussing on the grassroots level, the Congress has launched a 100-day campaign to train its office bearers under the ‘Prashikshan Se Parakram’ programme from Tuesday.

The party will organise 700 training camps in which about two lakh office bearers from the grassroots level will be given training.

The organisation building programme of the party is in its final stages. Block committees of the party have been constituted at all 823 blocks in the state and also 8,134 Nyay Panchayats. The process of selecting the gram sabha heads in on.

The ‘Prashikshan Se Parakram’ programme will ensure the participation of district and city committee members and various frontal organizations, said party leaders. “After the district training camps, the programme will be held in every Assembly segment and only authorised persons will attend the camps,” said a party functionary.