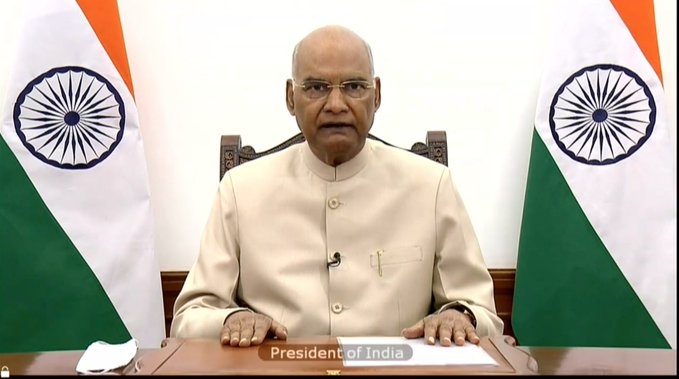 New Delhi : Starting Wednesday evening, President Ram Nath Kovind would embark on a visit to three states – Kerala, Maharashtra and Madhya Pradesh – and return to Delhi on May 29.

On Thursday, the President will inaugurate the National Women Legislators’ Conference 2022 being organised by the Kerala Legislative Assembly at Thiruvananthapuram, a communique from the Rashtrapati Bhavan said here.

On Friday, he will attend the 125th year celebrations of Laxmibai Dagadusheth Halwai Datta Mandir Trust at Pune while on May 28, the President will address a function ‘One-Nation – One Health System is the need of the Hour’ being organised by the Arogya Bharati at Bhopal.

On the same day, the President will also lay the foundation stone/launch various health infrastructure projects of the state government.

On May 29, Kovind will inaugurate the 59th Mahaadhiveshan of Akhil Bhartiya Ayurved Mahasammelan at Ujjain before returning to the national capital.