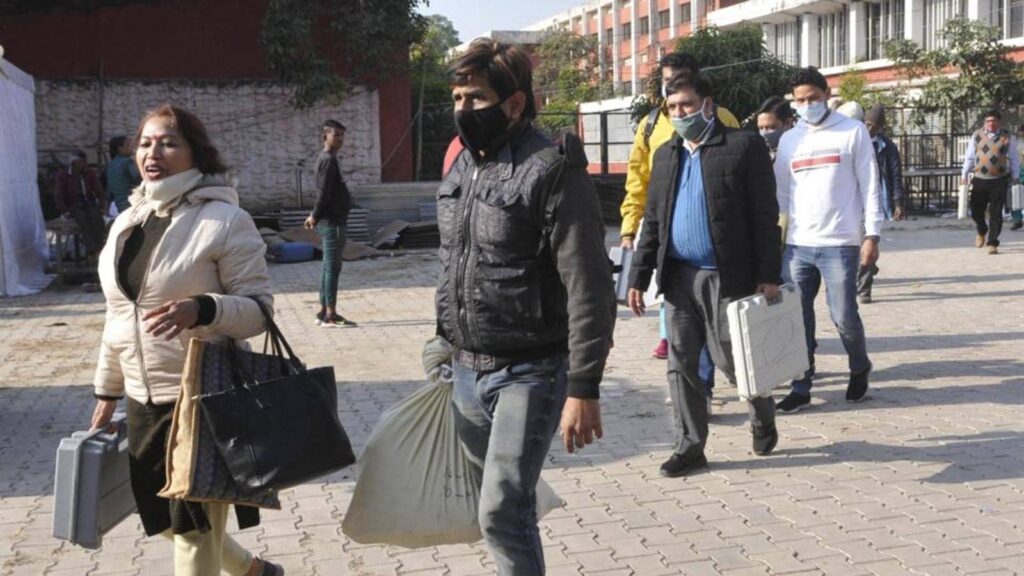 Chandigarh : Polling for the 35 seats of the BJP-ruled Municipal Corporation Chandigarh began on Friday amid tight security and will continue till 5 p.m., election officials said here.

The ballots will be counted on December 27.

Electors could be seen reaching polling stations even before voting started at 7.30 a.m.

“There has been no report of any delay in starting the poll process,” an electoral officer .

This time the city is witnessing a three-cornered contest with entry of the Aam Aadmi Party (AAP) into the fray from all 35 wards. In the past the battle was between two archrivals — the Congress and Bharatiya Janata Party (BJP).

The ruling BJP made development and its achievements in the past six years as its main campaign agenda.

The Congress, having lost three successive elections to the BJP, based its campaign on anti-incumbency, saying the saffron party failed miserably to retain the tag of the ‘City Beautiful’.

The AAP campaign was largely focused on replicating its successful “Delhi Model” in the city.

A total of 212 polling stations have been set up in different parts of the city. Among 694 booths, 220 are sensitive. Most of these booths are in the 13 new villages that were merged with the municipal corporation.