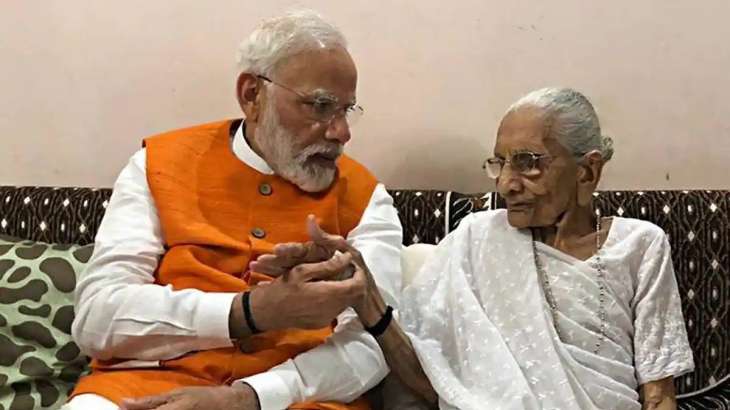 She was admitted to Ahmedabad’s UN Mehta Hospital after her health deteriorated.

UN Mehta Institute of Cardiology and Research Centre said in a statement, “Hiraba Modi passed away on December 30 at 3.30 a.m. (early morning) during the treatment at UN Mehta Heart hospital.”

Modi wrote with a heavy heart, “A glorious century rests at the feet of God. In Maa, I have always felt that trinity, which contains the journey of an ascetic, the symbol of a selfless Karmayogi and a life committed to values on his official twitter account.

The Prime Minister met his mother Hiraben last time at a super-speciality hospital in Ahmedabad where she had been admitted on Wednesday.