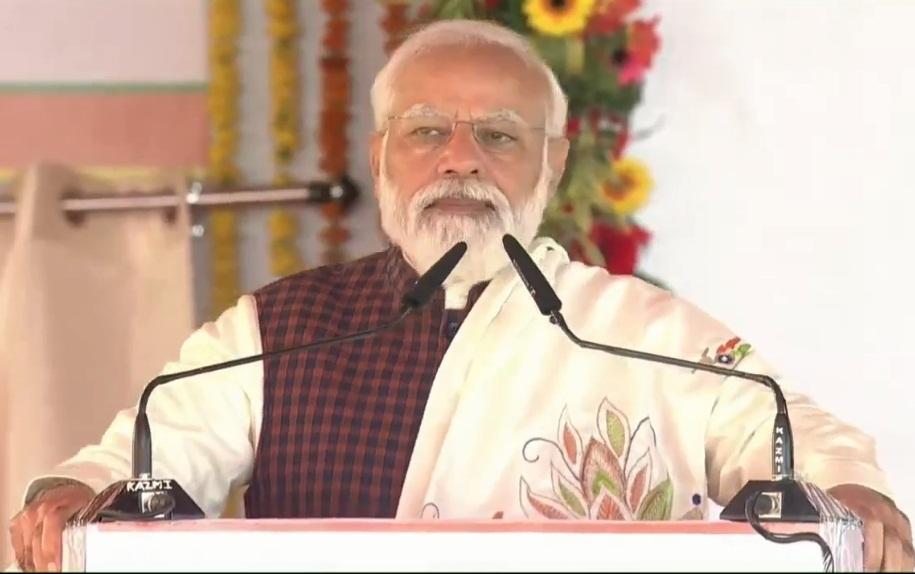 Lucknow : Prime Minister Narendra Modi will be in Prayagraj on Tuesday to attend programmes related to women.

The Prime Minister will transfer Rs 1,000 crore into the accounts of 1.60 lakh self-help groups (SHGs) and Rs 20.20 crore to 1.01 lakh beneficiaries of the Mukhya Mantri Kanya Sumangala Yojana on Tuesday.

He will also lay the foundation stone of 202 supplementary nutrition manufacturing units when he visits Prayagraj on Tuesday.

According to the government spokesman, about 80,000 SHGs will receive Community Investment Fund at Rs 1.10 lakh each and 60,000 SHGs will get Rs 15,000 each as revolving fund.

The Prime Minister will then transfer Rs 20.20 crore to 1.01 lakh beneficiaries of Mukhya Mantri Kanya Sumangala Scheme under which conditional cash transfer is made to a girl’s account at various stages, with each being entitled to Rs 15,000 in total.

“So far, 9.92 lakh girls have benefitted and after fund transfer on Tuesday, 1.01 lakh more beneficiaries will be added. The Prime Minister will also transfer monthly stipend of Rs 4,000 to 20,000 banking correspondent sakhis,” the spokesman said.

The state government aims to employ a banking correspondent sakhi in all 58,189-gram panchayats.

In another programme, the Prime Minister will lay the foundation stone of 202 supplementary nutrition manufacturing units.

The cost of each unit is approximately Rs 1 crore. The units are being funded by SHGs and will employ 4,000 members and benefit 60,600 SHGs by paying against their equity.

The spokesman said that the programme in Prayagraj is being held as per Modi’s “vision to empower women, especially at the grassroots level, by providing them with the necessary skills, incentives, and resources.”

The Prime Minister has already visited poll-bound Uttar Pradesh six times in the past month. He has been to Gorakhpur, Sultanpur, Varanasi, Jhansi, Greater Noida and Balrampur to unveil various projects. He was also in Lucknow for the directors general of police (DGPs) conference.