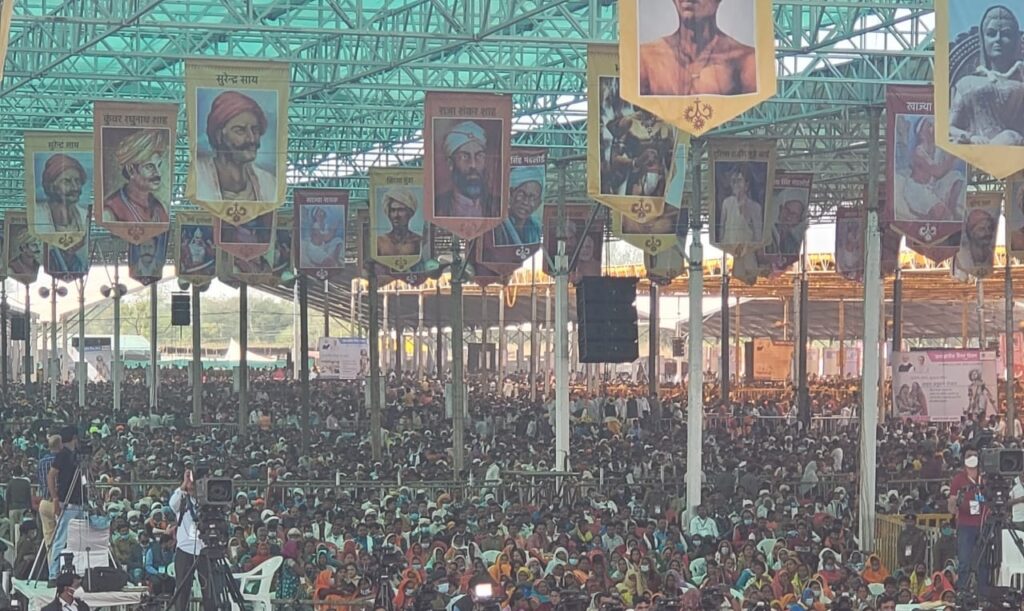 He reached the Jamburi maidan, where over two lakh people had gathered from across Madhya Pradesh to celebrate the birth anniversary of tribal freedom fighter Birsa Munda.

Upon reaching, Modi inspected a tribal museum, their handcrafts and interacted with senior citizens of the communities.

People had started reaching the venue since early morning by special buses and vehicles from different districts. Those from far away places had reached the capital last night only.

The tribal groups were spotted in their traditional attires.

Soon after Modi ascended the dais, he was welcomed by Union and state cabinet ministers. A traditional folk dance was performed by a group of tribals.

Spread over five acres, Jamburi maidan was choc-a-block with people.

After addressing a packed gathering here, Modi left for Habibganj railway station which has been renovated at a cost of Rs 100 crore and renamed Rani Kamlapati station and dedicated it to the nation.