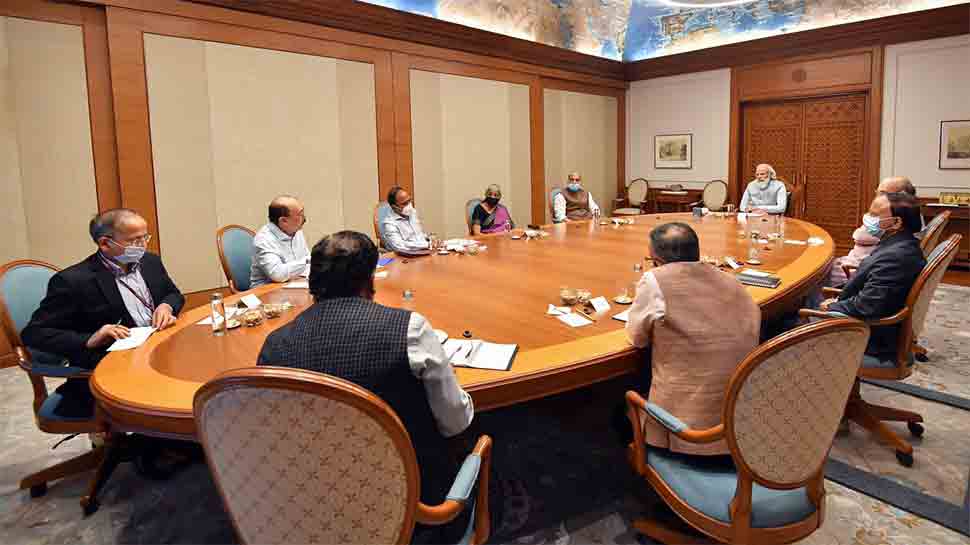 New Delhi: Prime Minister Narendra Modi on Wednesday reviewed the government’s strategy to evacuate Indian citizens in the next few days and ensure safety to the Hindu and Sikh communities in Afghanistan, in a Cabinet Committee on Security (CCS) meeting.

This is the second meeting of CCS within 24 hours amid the fast changing situation in Afghanistan.

Modi chaired the first CCS meeting on Tuesday evening and directed the officials for speedy evacuation of Indians who are still in the war torn country, in the next few days and also to provide all possible help to “Afghan brothers and sisters who are looking towards India for assistance.”

Though the details of the meeting were not shared, it was learnt that the Prime Minister reviewed the strategies formulated by the government on Tuesday to deal with the situation in Afghanistan.

He has already directed the officials to ensure the safety of Hindus and Sikhs and also asked officials to remain in touch with their leaders in Kabul.

The government also intends to give them some kind of refugee status to these Hindus and Sikhs once they come to India and later they will be given citizenship under the newly formulated Citizenship Amendment Act 2019 in due course, the sources who were privy to these developments said.

They also said that the government has also decided that the visa application under the new emergency visa category of those Hindus and Sikhs will be processed on priority.

The highest decision making body of the government has also deliberated on the issues related to the Indian assets and the several projects being executed by the Indian companies and public sector enterprises in Afghanistan.

The Indian government is also keeping an eye on the political development of the country in terms of foreign policy after the Taliban took full control of Afghanistan and amid the deteriorating conditions; many Afghan nationals have been fleeing from the country and many of them want to come to India.