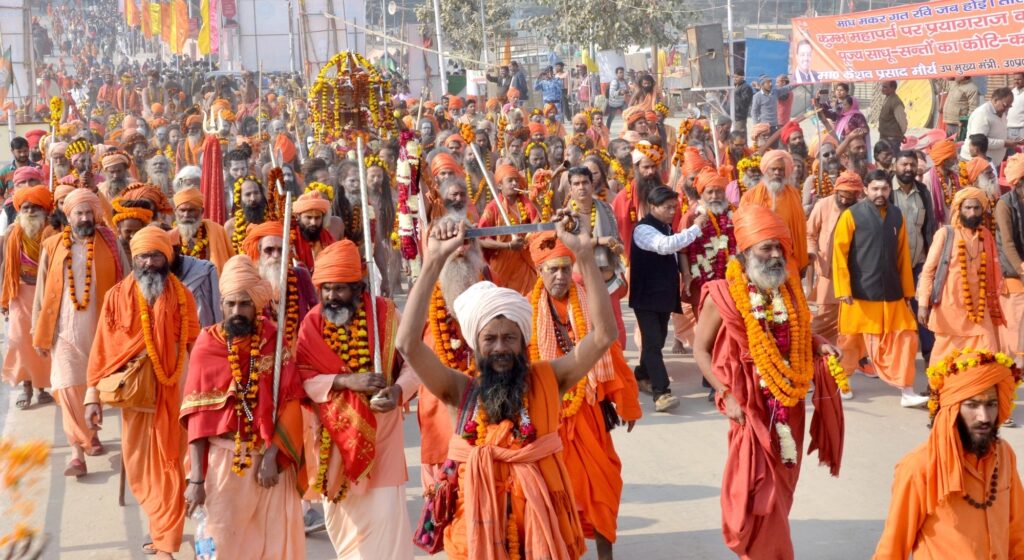 New Delhi, With reports of huge number of Covid positive cases from ‘Kumbh Mela’ area in Haridwar, Prime Minister Narendra Modi on Saturday appealed to observe the event “symbolic” to strengthen fight against the deadly virus.

The Prime Minister’s appeal comes as the annual event has sparked nationwide concern amid alarming second wave of Covid-19 pandemic as tens of thousands of devotees have gathered along the banks of the Ganga in Uttarakhand’s Haridwar.

Taking to Twitter, the Prime Minister said that he spoke to top seer– Hindu Dharma Acharya Sabha president Swami Avdheshanand Giri Ji Maharaj– over phone and made an appeal about the event.

“I spoke to Acharya Mahamandaleshwar Swami Awadheshanand Giri on the phone on Saturday morning and get details about the health of all saints. I have prayed that two royal baths have taken place and that the Kumbh should be kept symbolic due to the crisis in Corona. This will give the fight strength from this crisis,” the Prime Minister said.

Modi thanked all the saints for giving all kinds of support to the administration.

Following this, Hindu Dharma Acharya Sabha president tweeted: “We respect Prime Minister’s appeal. I request the people to not come for snan in large numbers, in the wake of Covid-19 situation, and follow all rules.”

The Prime Minister’s appeal came after a Hindu seer is reportedly lost his life after Covid-19 infection and nearly 100 other holy men have tested positive after attending a vast Indian religious festival where millions of pilgrims have been ignoring Covid-19 advice despite a national surge in infections.

India reported 2,34,692 new Covid-19 cases in the last 24 hours, the biggest single-day spike ever, taking the overall tally to 14,526,609 cases on Saturday, according to the Health Ministry data.