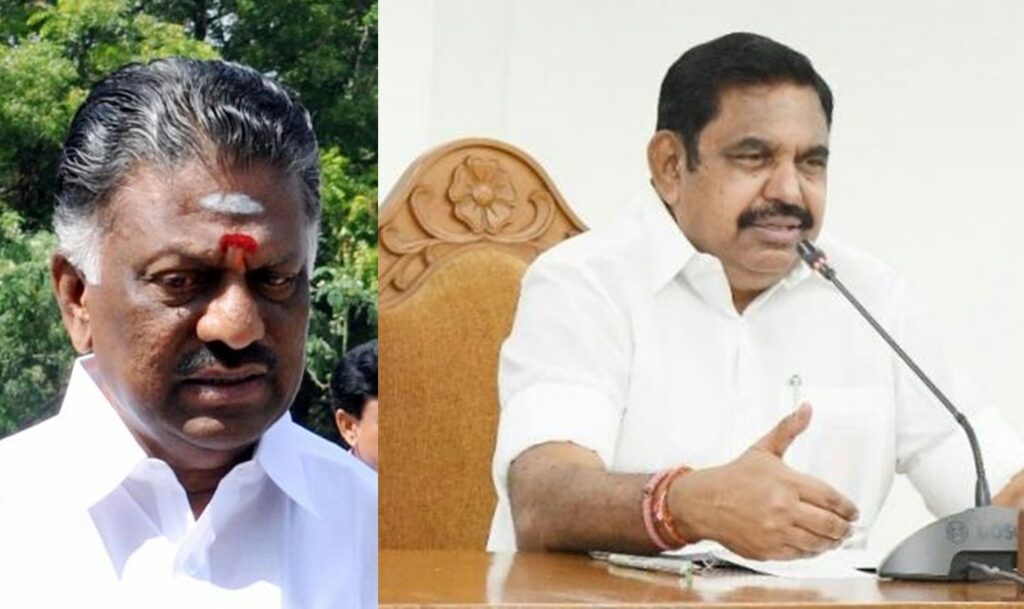 Chennai : Former Tamil Nadu Chief Ministers and senior leaders of the AIADMK, K. Palaniswami and O. Panneerselvam, who have been directed to appear before a special court on September 14, will move the Madras High court against the order.

A special court hearing the cases related to MLAs and MPs had asked the two leaders to appear in the court in a defamation case filed against them by the former spokesperson of the AIADMK, Va Pugazhendi.

The former Chief Ministers were to appear before the special court on Tuesday (August 24) and when the matter came up before the special judge, N. Alicia, the counsel for the leaders said that they were busy with the Budget Session and filed petitions seeking to dispense with their personal appearances in court.

The Judge then directed the leaders to appear before the court on September 14 and adjourned the matter.

Former spokesperson of the party Va Pugazhendhi filed a case against both the senior leaders after his expulsion from the party on June 14.

In his petition, he alleged that the news of his expulsion was circulated in electronic, print, and social media and that the content of the letter tarnished his image before the AIADMK cadres. He accused the two senior leaders of an offence punishable under Sections 499(Defamation) and 500 (Punishment for defamation) of the Indian Penal Code(IPC).