Srinagar, Apni Party President Syed Altaf Bukhari on Thursday ripped into the People’s Alliance for Gupkar Declaration (PAGD), saying that the alliance had realised in less than a month what late Sheikh Mohammad Abdullah, founder of the National Conference (NC), took 22 long years to understand.

Addressing the media here, he said his party welcomes the decision of the PAGD to participate in the district development council (DDC) elections since power flows from the grassroots level.

Bukhari said his party will fight the DDC elections and would also fight for amendment to the recently-announced J&K land laws according to which any citizen of the country can buy land here.

“We will also fight for statehood and we have not given up the fight for restoration of Article 370.

“It is our firm belief that we have to fight a legal battle for the restoration of Article 370 and the Supreme Court is the right place to fight.

“We have 5 MPs who could not protect Article 370 nor can these 5 MPs bring back the Article. Our hope is tied with the Supreme Court,” Bukhari said.

He also welcomed the stand of leaders associated with PAGD to shun “emotional slogans as such things have always swayed the youth of J&K towards the wrong path”.

Alluding to late Sheikh Mohammad Abdullah’s long years of estrangement from mainstream politics, Bukhari said the present National Conference and other members of PAGD had taken less than a month to return to mainstream politics.

His reference was to the NC for having said first that elections were meaningless unless Article 370 and statehood are restored in J&K and now deciding to join the DDC elections.

“It took Sheikh Mohammad Abdullah 22 years to realise what is the right path, but it took the PAGD less than a month to decide what is right. I am happy over their decision,” he said.

“The youth of J&K have seen the worst and because of that situation, we lost what we had achieved during 70 years.” 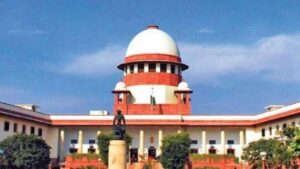 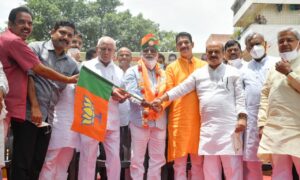