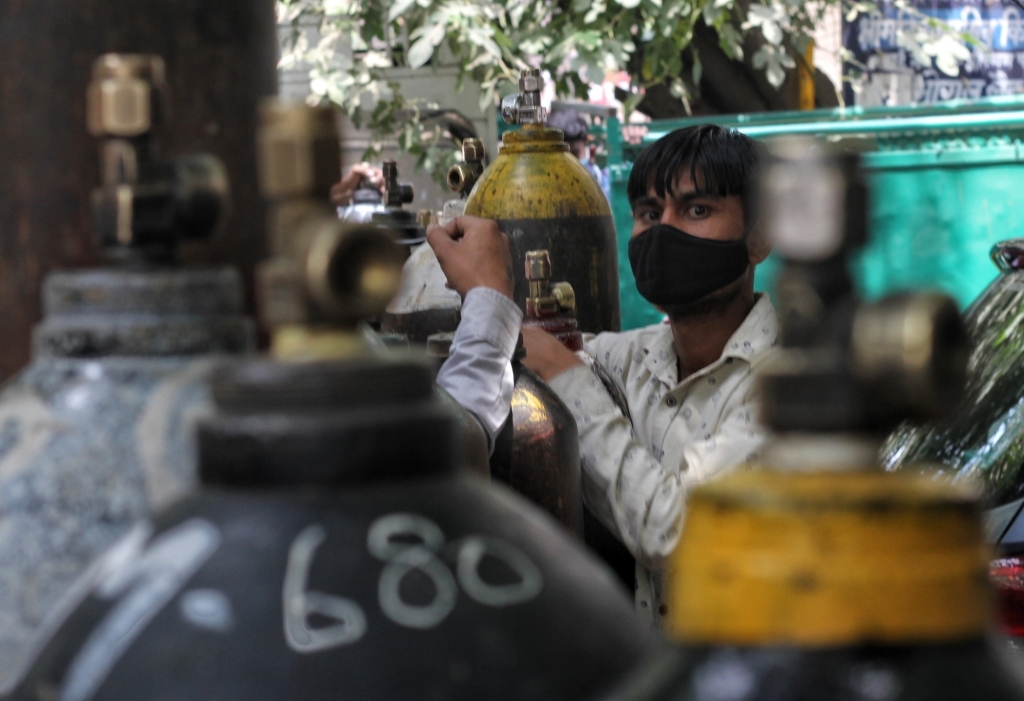 New Delhi, Twelve Covid-19 patients, including a doctor, lost their lives on Saturday afternoon at Delhi’s Batra Hospital due to lack of medical oxygen for over an hour.

The tragedy was reported at around 12.49 were reported dead. Later the toll mounted to 12.

“Death toll at Batra Hospital increases from 8 to 12. Oxygen shortage at the facility led to these deaths. These were patients whose oxygen level sunk when the supply dropped,” said Sudhanshu Bankata, the Executive Director of Batra Hospital.

Stating that it was hard to revive such patients at a later stage, the doctor expressed apprehension that the death toll may rise.

“The next 24 hours are critical and the death toll could be higher,” he said.

A total of 220 patients are currently on oxygen support at the Batra Hospital.

In an SOS message, the Batra Hospital had said earlier, “Oxygen will last for another 10 minutes.”

Later, AAP MLA Raghav Chadha said, “Our SOS cryogenic tanker carrying liquid medical oxygen is reaching Batra Hospital within 5 minutes. Their regular supplier of oxygen has defaulted yet again due to alleged ‘lack of oxygen supplies’ and is being pulled up.”

While oxygen was later supplied to the hospital, it said that by that time, eight patients had already died. Another four patients died later.

This was the second time in a week that the hospital ran out of medical oxygen. On April 24, the hospital had received a last-minute supply which arrived minutes after its oxygen reserves ran out.

At around 12.30 p.m., the hospital claimed that it had run out of liquid medical oxygen. An oxygen tanker reached the hospital at around 1.35 p.m.

Hospital officials later told the Delhi High Court, which is hearing a bunch of petitions on the shortage of oxygen supply in the national capital, that re-supply tankers reached the hospital only at around 1.30 p.m, meaning that around 230 critically ill patients were without oxygen for around 80 minutes.

“We hope no lives were lost,” the court responded, to which the hospital said: “We have… including one of our own… one doctor.”

The hospital has 327 patients out of which 48 are in the critical care unit. It has been raising alarms since Saturday afternoon over depleting levels of oxygen supply.

In a video SOS posted earlier on Saturday, Bankata said: “We have just run out of oxygen… currently surviving on some cylinders. Over the next 10 minutes that will also run out. We are again in crisis mode. Delhi government is trying to help but its tanker is some distance away.”

Earlier this month, 20 people admitted to the critical care unit of Jaipur Golden hospital in Rohini died when their oxygen levels dropped. The hospital had blamed the Delhi government for the delay in oxygen supply before the Delhi High Court.