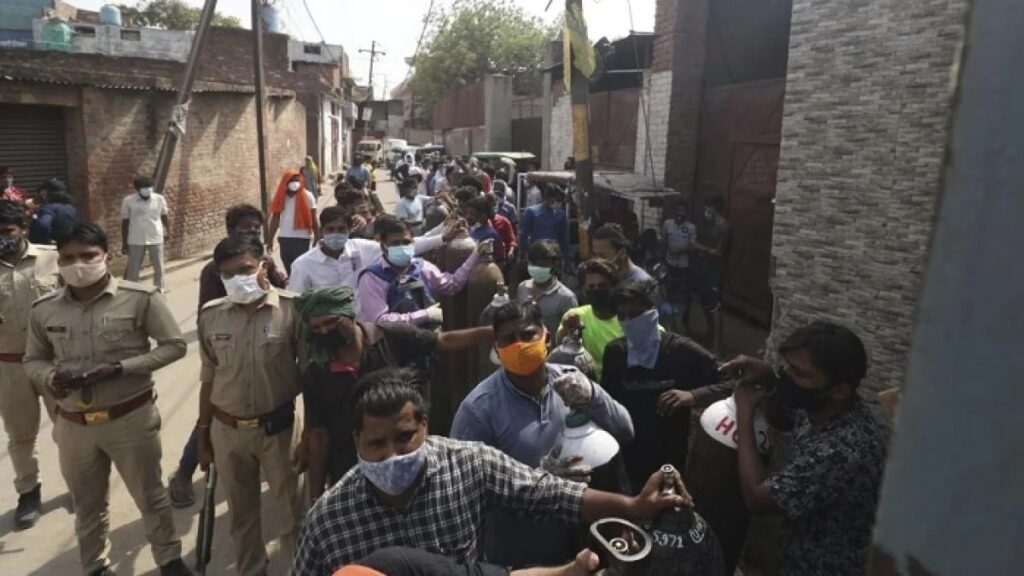 Despite assurances from the state government, there is an acute shortage of oxygen cylinders in the state capital.

People have been queuing up at the oxygen refilling plant in Nadarganj industrial area since more than 24 hours now but supply has dried up.

Mahadev Kumar said, “I have been waiting since last night for a refill. My wife is admitted to a private hospital and they have told me to get oxygen myself.”

Almost every private medical facility in Lucknow is asking patients’ relatives to arrange for oxygen or take their patient home.

The district administration has now deployed police force at the oxygen refilling centres to prevent the situation from turning violent.

A senior doctor in a private hospital, when contacted, said, “Since there is no oxygen available, we are forced to turn away patients. We are clearly asking the relatives that we will treat their patients only if they can arrange for oxygen. We do not want to be blamed for deaths later.”

Portable oxygen cans are no longer available in the market.

“There is panic buying and even those who are perfectly healthy, are buying up and storing oxygen cylinders at home. Since the panic situation is prevailing everywhere, the shortage is understandable,” said a dealer of medical equipments in Lalbagh area in the state capital.

A government spokesman said that oxygen was being brought to Lucknow by train as well as by road and the situation was likely to ease in the next 24 hours.