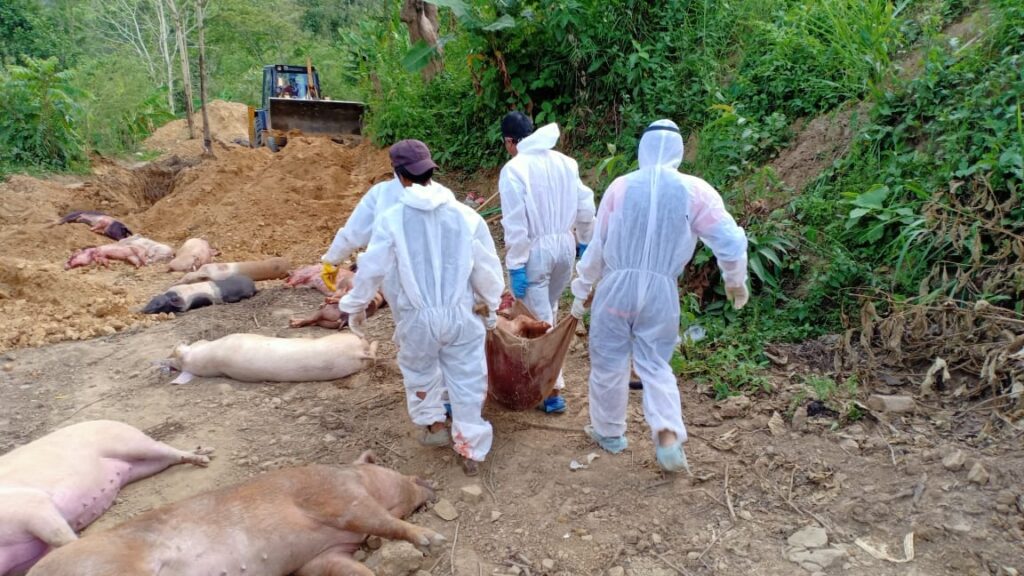 Aizawl: The African Swine Fever (ASF) continues to wreak havoc among the livestock in Mizoram affecting all 11 districts and killing 10,621 pigs since March, officials said on Friday.

According to the state Animal Husbandry and Veterinary Department, this has affected business, taking the financial loss to the tune of Rs 117 crore so far.

Mizoram Animal Husbandry and Veterinary Department Minister K. Beichhua held a review meeting over the deaths to decide financial aid for the pig farmers amid the ongoing Covid-19 pandemic.

“Various strategies, including culling and isolation of infected pigs, massive sanitisation of the pig habitations and shelters, awareness among all pig farmers have been taken to prevent the death of the pigs,” an official said.

He said that the first pig death due to the contagious disease was reported on March 21 at Lungsen village in southern Mizoram’s Lunglei district, bordering Bangladesh and Myanmar, but subsequently it spread across all districts.

The northeast’s annual pork business is worth around Rs 8,000-10,000 crore, with Assam being the largest supplier. Pork is one of the most common and popular meats consumed by tribals and non-tribals in the region.

According to some experts, humans don’t get infected by ASF — which was first detected in 1921 in Kenya, however, they could be the carriers of the virus.