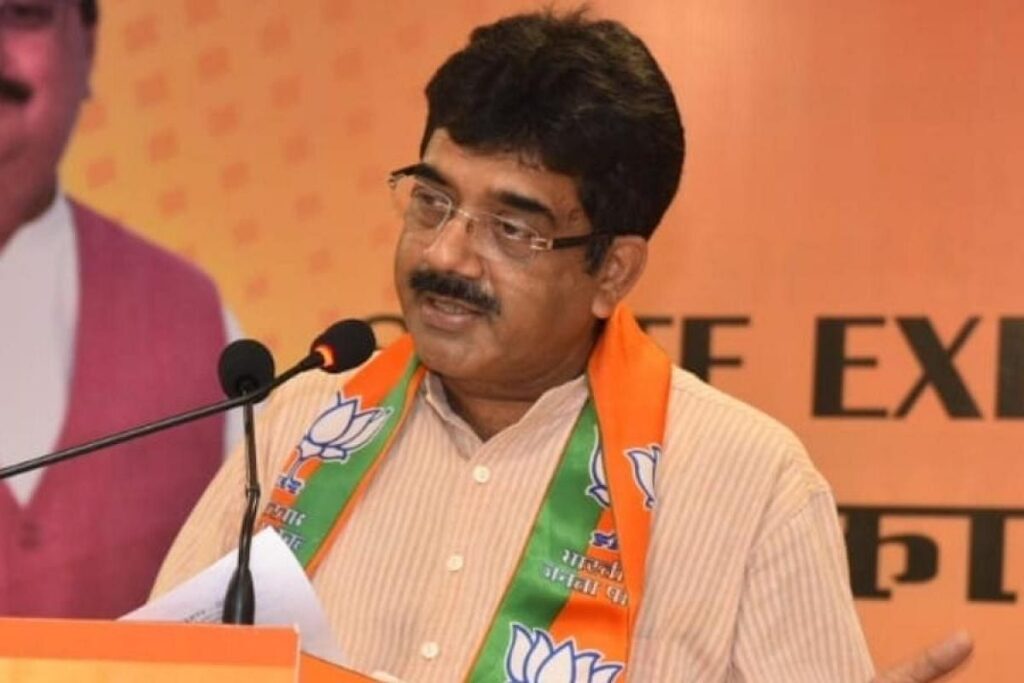 Panaji : State BJP president Sadanand Shet Tanavade on Thursday slammed derogatory regionalist slander which he said, has crept into the opposition’s critique of the Bhumiputra Adhikarni Bill 2021, a legislation which opposition parties as well as civil society groups have claimed aims to grant legal status to homes illegally built by migrants settled in the coastal state.

Addressing a meeting of party workers in Thivim village in North Goa, Tanavade said that the bill was tabled and passed in the assembly purely with the intention of legalising homes, which were largely built during the tenures of previous Congress-led governments.

“They (opposition) said that we are doing this for ‘ghantis’. We have no right to refer to anyone as ‘ghantis’. We have done this with pure intentions and with a clean thought process, so that (houses) of Goans (are regularised),” Tanavade said.

In Goa, the term ‘ghanti’, is a derogatory reference used to target non-Goan individuals, who have migrated to the state.

The controversial bill was passed during last month’s monsoon session of the assembly amid an opposition walkout. Following a popular backlash from cross sections of society, the Chief Minister Pramod Sawant-led government was later forced to stall the post-legislative processes and invite suggestions from the general public related to the bill.

Following the uproar, the Goa government was also forced to concede and change the nomenclature of the bill from Bhumiputra Adhikarni Bill 2021 to Bhumi Adhikarni Bill 2021, after protests from the local tribal communities who alleged that the usage of the word ‘Bhumiputra’ was inappropriate.

Tanavade said that the state government was forced to put the bill on the backburner in the wake of the protests, but added that the opposition to the legislation was on account of the upcoming assembly polls, which are scheduled to be held in early 2022.

“…we have kept a lid on the bill now. There is politics being created over it, because elections are six months away and everyone wants a new issue,” Tanavade said.

The State Bharatiya Janata Party president also said that his party’s government was forced to come up with the bill because illegal constructions had mushroomed in Goa during the tenures of the previous Congress-led governments, which had kept the sword of demolition hanging over the heads of its inmates.

“There are some people in various political parties, they ruled Goa for so many years, like the Congress party. In reality, illegal constructions were ushered in by them, but they never tried to legalise them because if that was legalised, then they would not be able to cash in on those votes. That was their intention (behind not legalising such homes),” Tanavade said.