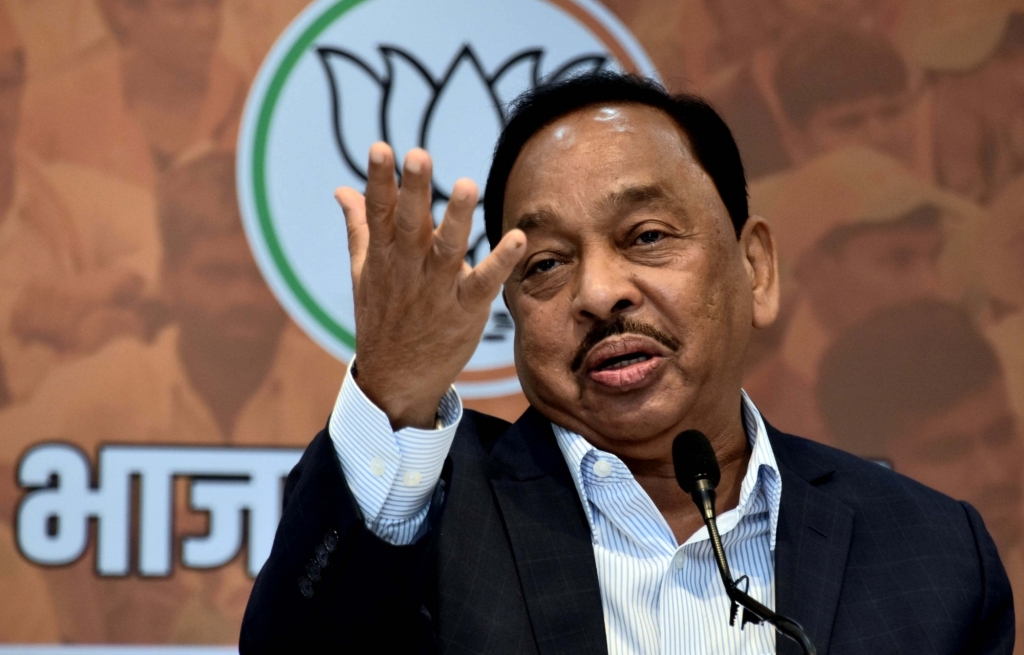 New Delhi : After predicting that the Maha Vikas Aghadi (MVA) government in Maharashtra will fall by March next year, Union Minister for MSMEs Narayan Rane clarified that he only repeated what BJP state president Chandrakant Patil said.

During his visit to Jaipur, Rane said the Bharatiya Janata Party (BJP) will come to power in Maharashtra by March next year. After Rane’s comment, speculations started doing rounds in political circles and it was fuelled by the presence of former Maharashtra Chief Minister and Leader of Opposition Devendra Fadnavis in the national capital.

In Jaipur, Rane had said: “Soon there will be a BJP government in Maharashtra by March. You will see a change. Some secrets are guarded while forming the government and it cannot be made public. If it comes out in public, the change of government in the state may be delayed by a month or two.”

“The MVA government, a coalition of three parties — the Congress, NCP and the Shiv Sena — has failed. In such a scenario, the return of BJP is evident. Whether the government falls or some parties break away from the coalition is part of the details which cannot be discussed,” he said.

Downplaying Rane’s comment, a senior BJP leader termed it as his personal observation and said that March is still far away.

“Rane may have plans, but it was not discussed in the party. It is his personal observation. The MVA government will fall over its own differences. Rest are mere speculations,” a senior party leader said.