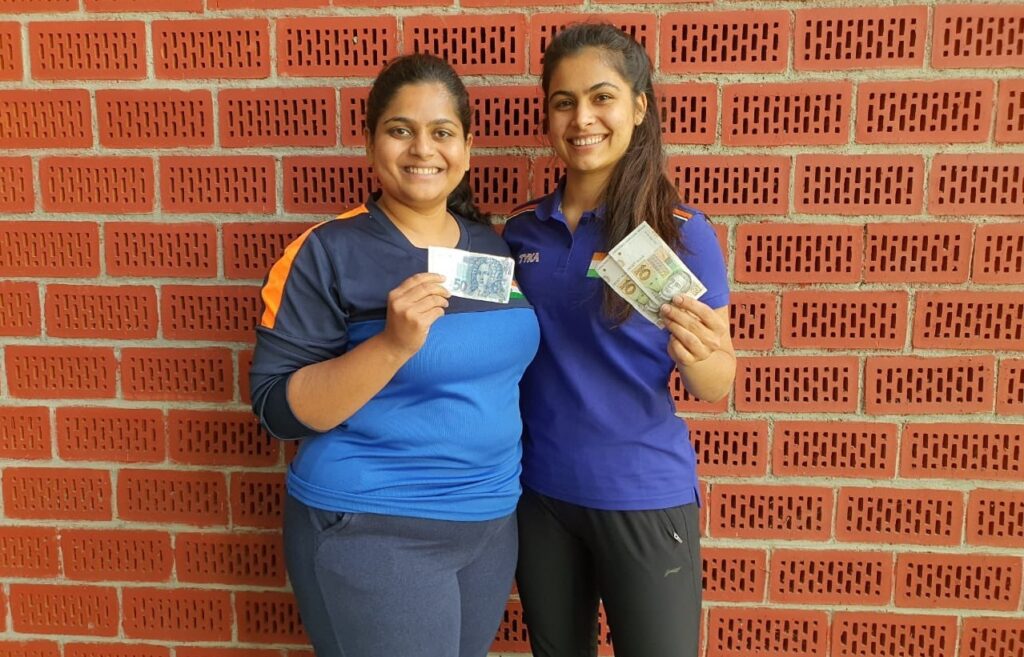 New Delhi: Shooters Rahi Sarnobat and Manu Bhaker will look to salvage India’s bruised and battered reputation at the Tokyo Olympic Games when they compete in the 25m pistol event at the Asaka range on Thursday.

Despite the 15-member contingent getting a nearly two-month long unhindered training-cum-competition stint in Croatia before the Olympic Games and the team being specially flown to Zagreb on a chartered flight to ensure the shooters’ and coaching staff’s safety from Covid-19 infection, the squad had so far failed to win a single medal at the quadrennial games.

Manu, who has fired blanks in both the women’s 10m air pistol and mixed team air pistol event pairing Saurabh Chaudhary at the Olympics, will hope to get her famed touch back when she and the experienced Rahi Sarnobat take the field in the first Precision Round of qualification.

Rahi, fresh from an ISSF World Cup stage gold in Osijek, Croatia, leading up to the Games, and Manu, will have to go through two days of qualification on Thursday and Friday (July 30), before the top eight are separated after the second rapid fire round.

The 44-strong women’s sport pistol field on Day 6 of the Olympic Shooting competition resembles the air pistol competition of Day 2 and will have all the finalists of that event, barring the Chinese who are fielding a different set of shooters.

India have the experienced Rahi, the reigning 2018 Jakarta Asian Games champion, in place of Yashaswini Deswal who played the air pistol event.

The 15-member shooting squad has six starts to go and is still searching for its first medal at the Games.