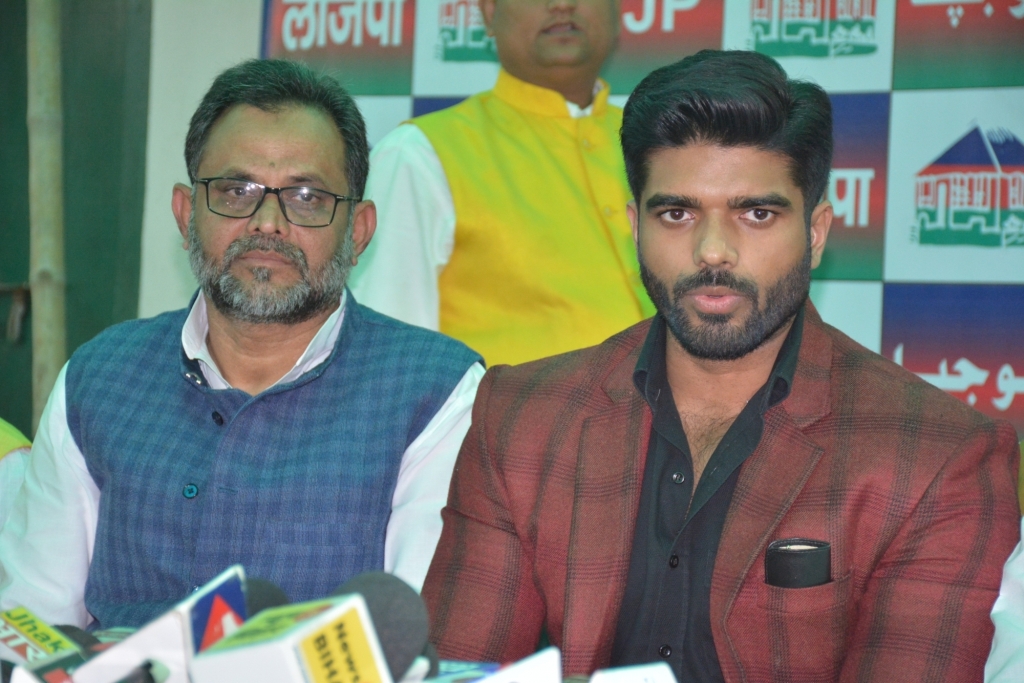 Patna, The Lok Janshakti Party (LJP) MP from Samastipur in Bihar, Prince Raj, landed in an alleged sex scandal on Tuesday after his cousin brother and ousted LJP chief Chirag Paswan revealed a letter dated March 29 mentioning the involvement of the former in a sexual act with a woman leader of the party.

Chirag Paswan revealed that Prince Raj was involved in a sexual act with a woman leader of the party who was later blackmailing him.

“When this matter came to my knowledge, I suggested Prince Raj to register a complaint with the police. I have discussed this with Pasupati Kumar Paras, who is an elder in my family, but he did not take it seriously,” Chirag Paswan said in the letter.

The woman had reportedly alleged that Prince Raj had sexually exploited her.

After the death of Ram Chandra Paswan, Prince Raj contested from Samastipur with Chirag Paswan campaigning for him.

The LP is witnessing high drama since Monday after Chirag Paswan was unseated as the leader of the party in the Lok Sabha by his uncle Pashupati Kumar Paras.

Five out of the six LJP MPs in the Lok Sabha went against Chirag Paswan, including Prince Raj, leaving him isolated in his own party, which was formed by his father 21 years ago.

Besides Paras and Raj, Mahmood Ali Kaiser, Veena Devi and Chandan Singh were among the rebel MPs.

On Tuesday, Chirag Paswan was removed as LJP President in an emergency meeting convened by five rebel MPs. Soon after that, Chirag Paswan held a parallel executive committee meeting virtually, where it was decided to expel the five rebel MPs for ‘anti-party’ activities.