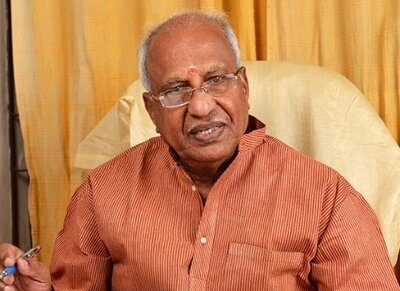 Thiruvananthapuram,  A delegation of top Kerala BJP leaders, led by former Union Minister and former party legislator O. Rajagopal, on Wednesday met Governor Arif Mohammed Khan to complain that the present LDF government is out to “tarnish” the party’s image and “harass” its leaders out of “political vendetta”.

“There is a gross abuse of police machinery by the LDF government to tarnish the Bharatiya Janata Party and to harass its leaders out of political vendetta,” they said, citing how the state government appointed an SIT for conducting investigation in the hawala money case of Thrissur under the supervision of an IPS officer.

“The state Secretary in charge of CPI-M was continuously raising politically motivated and unfounded allegations against BJP and it appears that the government therefore decided to interfere with the investigation, misdirect it and to use it as a weapon against the BJP,” the delegation claimed in their complaint, alleging that the new SIT comprised “handpicked officials” of tainted backgrounds and well-known to have allegiance to CPI-M.

“The SIT, instead of conducting investigation into the offences alleged in the FIR in the crime, has been interrogating and harassing numerous activists and leaders of BJP from various parts of the state and giving an impression to the media that they are investigating about the financial transactions associated with the robbery incident. The attempt is obviously to tarnish the image of BJP and to harass the leaders and activists,” they said in their complaint.

The BJP also accused the SIT of “continuously giving motivated inputs to the media to give an impression that the money, allegedly robbed was unaccounted funds of BJP which is totally incorrect”.

“The SIT has been specifically targeting the state President (K. Surendran) and making efforts to tarnish him and his family too. The state President of the party has been spearheading the campaign against the ruling front and was instrumental in leading the party in all agitations conducted against them. The Chief Minister had on one occasion, while talking to the media, had hinted that the state President will be facing retaliation. Now the Badiadka Police station of Kasaragod has registered a case for the offences under S.171 B and 171E of IPC alleging that a person who had submitted nomination to contest from the Manjeswaram constituency had made some statements against BJP regarding withdrawal of his nomination,” the BJP complaint said, citing the BSP candidate’s claims of being offered money and other rewards for withdrawing.

The BJP alleged that the “said person has been obviously induced to give some statements at the instance of police as he had revealed to media before withdrawing his nomination clearly that he had been acting out of his free will”. This was ascertained by the Returning Officer also while accepting his withdrawal form, it said, adding that police, after registering the case for bailable offences, are now making efforts to incorporate non-bailable offences and to arrest Surendran, who had contested from Manjeswaram.

“The abuse of police machinery to harass political opponents is a matter to be deprecated by constitutional authorities like your Excellency,” the BJP complaint said, citing the way Surendran was targeted during the Sabarimala agitation.

The BJP also alleged that the attempt of the government is to deny democratic rights to the party, citing the instance of preventing it from conducting its core committee meeting in a hotel at Ernakulam on June 6, though all permissions were taken.

Former Mizoram Governor and former state BJP chief Kummanam Rajasekheran said that they requested the Governor to take note of the “oppressive, anti-democratic and illegal actions” of the state government and take appropriate remedial measures.