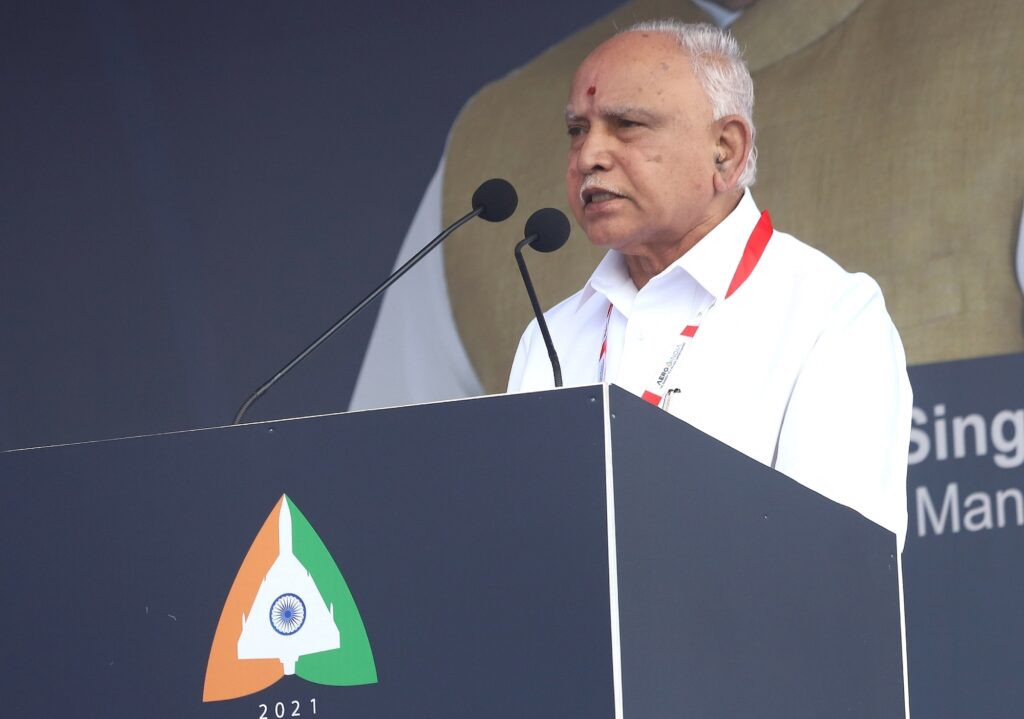 Bengaluru: Karnataka Chief Minister B.S. Yediyurappa on Wednesday reiterated that there will be no lockdown in the state, but stringent measures will be implemented to contain the spread of the Covid pandemic.

In remarks on the sidelines of Ambedkar Jayanti to commemorate B.R. Ambedkar’s 130th birth anniversary here, he said that there can be no lockdowns, and even weekend lockdowns are not necessary, and that the state government was gearing up to take all other measures to prevent the spread of this dreaded disease.

“Already, we have imposed night curfew in some cities. If required, we will extend it to some other districts as well,” he said.

He added that he had decided to convene an all party meeting to consult the Opposition party leaders on the next course of action and deliberate on their suggestions.

“I have convened a meeting with the opposition leaders on April 18, a day after the bypolls to three seats (Belagavi Lok Sabha constituency and Maski and Basavakalyan assembly seats),” he said in response to a question.

Meanwhile, the opposition parties too contended that lockdown was not a solution to prevent Covid-19 infection as it would only make lives more difficult.

Both Congress and Janata Dal-Secular leaders said that first, it has to be identified how this disease spreads and accordingly, treatment should be provided.

Leader of Opposition, Siddaramaiah alleged that the state government had reduced the number of tests as soon as the positive cases had come down substantially and as a result of this, people became complacent.

“Complacency had its impact, with people forgoing all the fear, they started mingling freely and as result of this, the second wave of Cond is gearing up to hit us hard,” he said.

He demanded that if the state government was enforcing another round of lockdown, then it should take steps to deposit Rs 10,000 into the account of one crore families belonging to the economically weaker section.

JD-S leader H. D. Kumaraswamy said the state government should focus on the availability of essential drugs such as remdesivir and beds in hospitals as it is being projected that by the month end, cases may shoot up to 20,000 a day.