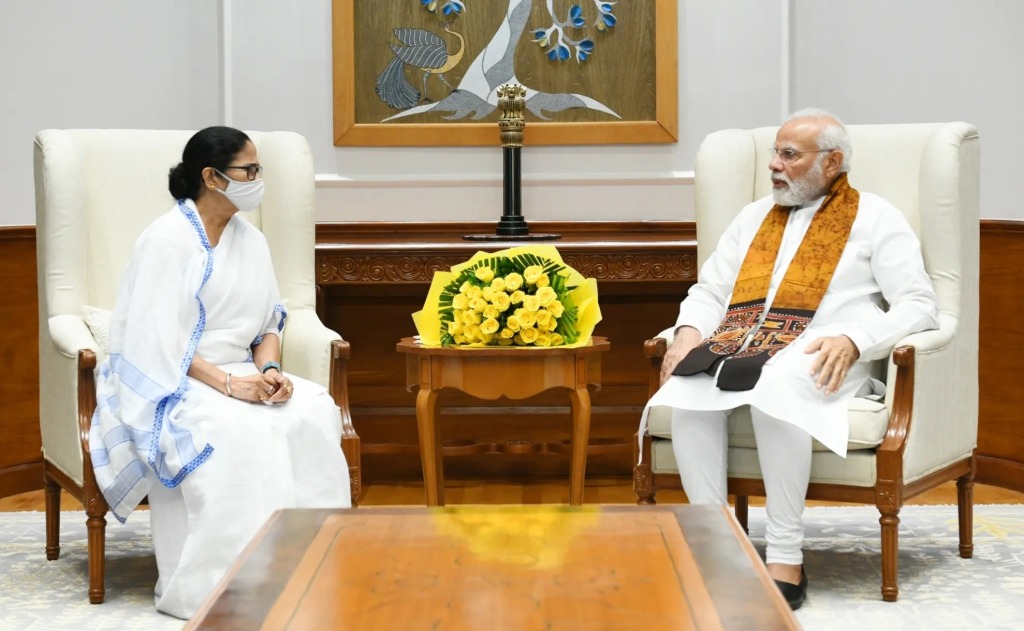 New Delhi : Amid reports of a section of West Bengal BJP leaders not happy over the meeting between Chief Minister Mamata Banerjee and Prime Minister Narendra Modi on Friday, the party denied any difference among its state cadre.

Sources said a section of state BJP leaders were not happy with the meeting, especially at a time when the Trinamool government is facing the heat over the teacher recruitment scam.

However, a BJP leader said that the issue has been blown out of proportion, as only a couple of party workers had opposed the meeting between the Prime Minister and the Chief Minister.

“In a federal structure, there is nothing wrong if a Chief Minister meets the Prime Minister. However, other than meeting the Prime Minister, she (Banerjee) should also implement the Centre’s welfare schemes in West Bengal,” the BJP leader said.

Another leader pointed out that instead of talking about some people opposing the meet, one must see the way the BJP is mounting pressure on the West Bengal government over the recruitment scam.

The saffron party also blamed its political rivals for creating the impression that West Bengal BJP leaders were opposed to the meet.

Former Bengal BJP President Rahul Sinha that a false campaign was being run by the Communist leaders and others against the saffron party over Prime Minister Modi meeting Banerjee.

“It is the work of the Communists who are the masters of fake propaganda and fake news. Left without work, they are trying to create the impression that there are differences within the Bengal BJP over the Prime Minister meeting Chief Minister Banerjee.

“There is no difference over the meeting. Banerjee must regularly meet the Prime Minister and learn from the latter’s dedication and commitment to serve the people. By opposing the Prime Minister all these years, she has stalled the development process in West Bengal,” Sinha said.