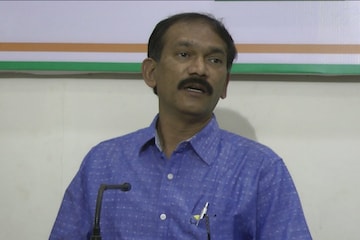 Panaji: Top Congress leaders in Goa on Sunday slammed Prime Minister Narendra Modi for not showing the courtesy to even conduct an aerial survey or announce a package for Goa, in the wake of Cyclone Tauktae, which caused severe damage in state, which the state government has pegged at Rs 146 crore.

In a letter to President Ramnath Kovind, state Congress president Girish Chodankar and Leader of Opposition Digambar on the occasion of the 35th anniversary of Goa’s statehood, also urged the former to appoint a full-time Governor in the state

“The Chief Minister has announced that Goa suffered a loss of Rs 146 crore due to Cyclone Tauktae. Although, we had devastating effect on our State, the Prime Minister of India did not show the courtesy to conduct an aerial survey of Goa nor announce any package to our State,” Chodankar said.

Both leaders also claimed that there was a “complete collapse of administration” in Goa, the letter to the President.

“As Goa is commemorating 60 years of Liberation, we don’t have a full time Governor in the State for last 9 months. The absence of this constitutional authority has resulted in complete chaos, mismanagement and misrule in the government administration,” Chodankar said in his statement.

Urging the President to appoint a fulltime Governor for Goa, the Chodankar said that the letter also said that a full-time Governor is needed to proactively address concerns of the state.

“Goa is struggling and gasping due to mismanagement of BJP Government. we don’t have a full time Governor since last 9 months who can pro-actively address the concerns of Goans. We urge the President of India to hear the voice of the people and appoint a full time Governor immediately,” Chodankar said.