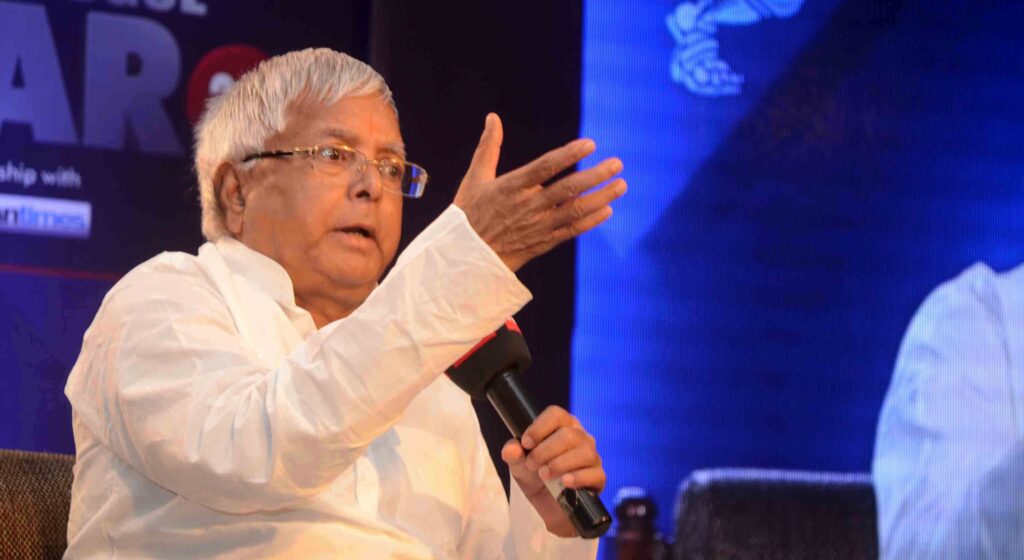 Patna, Taking a jibe at Nitish Kumar, RJD chief Lalu Prasad said the JD-U leader “passed examination with a third division” and went on to become the chief minister of Bihar. The remark was a reference to the seats won by the Janata Dal-United (JD-U) in the 2020 Bihar Assembly election.

Nitish Kumar-led JD-U managed to bag only 40 seats in the last year’s Assembly election, and finished with a third position. The Rashtriya Janata Dal (RJD) got 75 seats while the Bharatiya Janata Party (BJP) secured 74 seats.

“Nitish became chief minister of Bihar after putting morality and mandate aside… its result is now coming in the form of their own legislators and ministers levelling corruption charges on the government,” Lalu Prasad said in a tweet.

Lalu’s statement has come at a time when Nitish Kumar is facing criticism that officialdom is ruling in the government and public representatives are ignored.

He was referring to Madan Sahani, the social welfare minister in the Nitish Kumar-led government, who offered to resign from the post, and also levelled serious allegations on his department’s principal secretary Atul Prasad.

“He somehow won the election with the third division after using bureaucracy and money power. There is not a question of good and bad government. I believe that there is no government in Bihar,” Lalu Prasad tweeted while sharing the video statement of Madan Sahani.

Sahani has levelled serious allegations on Atul Prasad, the principal secretary of the social welfare department. He said that the top bureaucrat is ignoring his suggestion to run the department.

The dispute between Sahani and Prasad happened during transfer posting of CDPOs and other officials of the department.

Sahani wanted transfer-posting of officials according to his choice. As per the norms, reshuffle of officers can be possible only after an officer has completed 3 years or more at one place. Sahani wanted to transfer all officials including those who have not completed three year’s tenure. His recommendations were refused by Prasad. This was the actual reason for the dispute between him and Prasad, resulting in few transfer-postings in the month of June.