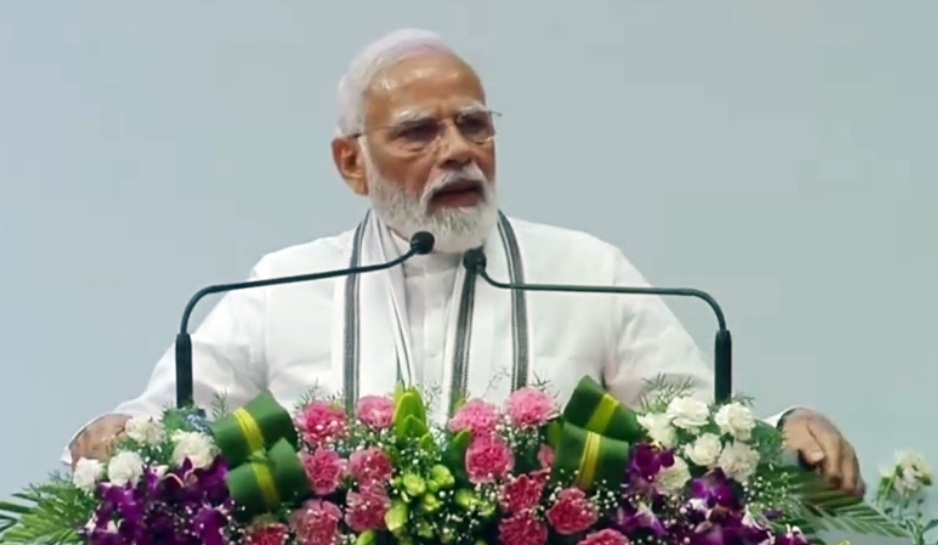 Chennai : Prime Minister Narendra Modi on Thursday said his government is committed to the development of Tamil language and culture.

PM Modi also said it gives him a nice feeling to be back in Tamil Nadu, the land of great persons like poet saint Thiruvalluvar and poet and freedom fighter Subramania Bharathi.

Pointing to the setting up of the Subramania Bharathi Chair on Tamil Studies at Banaras Hindu University (BHU), Modi added that the joy for him was extra special as the institution is located in Varanasi, his parliamentary constituency.

In January this year, the new campus of Central Institute of Classical Tamil was inaugurated in Chennai. The new campus is fully funded by the Union Government, Modi said.

At the outset he said that people from Tamil Nadu excel in various fields and recalled hosting the Deaflympics contingent.

He said this time it was India’s best performance in the tournament. Out of the 16 medals India won, youngsters from Tamil Nadu had a role in 6 of them.

Further commenting on rich Tamil culture, the Prime Minister said the Tamil language is eternal and the Tamil culture is global — from Chennai to Canada, from Madurai to Malaysia, from Namakkal to New York, from Salem to South Africa. The occasions of Pongal and Puthandu are marked with great fervour.

Modi also told the gathering that Union Minister and son of the soil L. Murugan wearing the state’s traditional dress walked on the red carpet at the Cannes Film Festival making Tamil people all over the world proud.

It should be noted that many leading politicians in Tamil Nadu will be coated and booted while visiting overseas.

Be that as it may, Modi also said the National Education Policy enables technical and medical courses in the local languages and the Tamil youth would benefit.