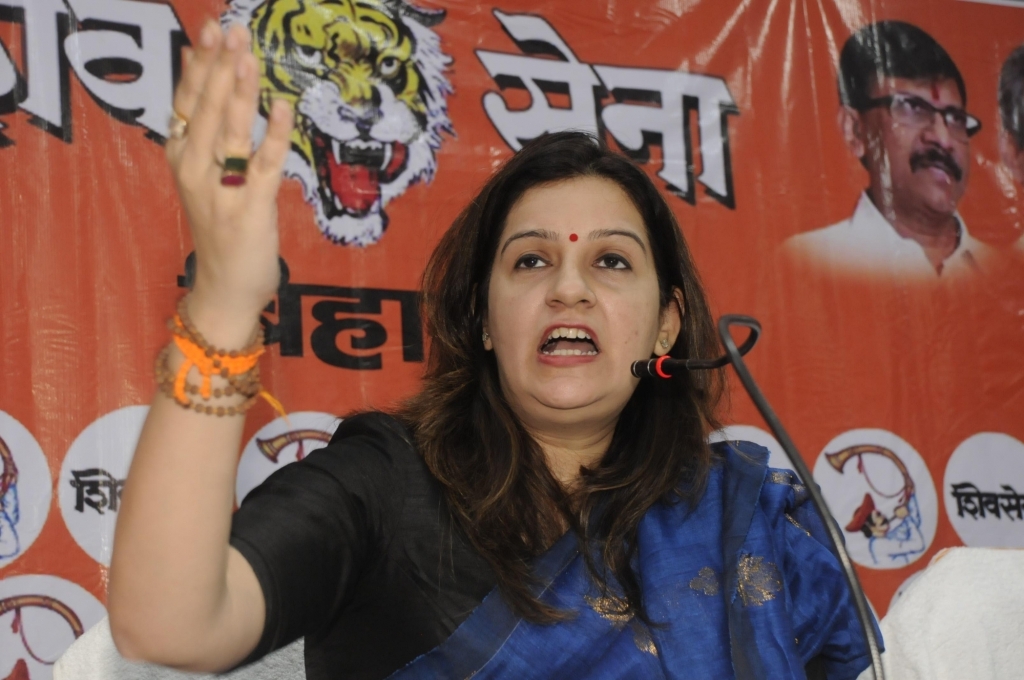 New Delhi,  Shiv Sena leader Priyanka Chaturvedi on Wednesday slammed the government saying that the new IT rules instead of seeking accountability have chosen to control social media platforms by bypassing all privacy norms of individuals, violating the basic Right to Privacy enshrined in India’s constitutional commitments to its citizens.

Chaturvedi said that she hopes the courts will take a “nuanced and balanced call” on this issue.

Speaking , Chaturvedi, who is a Rajya Sabha member, said “Every country is bound to create its law mechanism to ensure accountability of platforms.”

She said that over the years we have seen how these platforms have become tools for propaganda, fake news and manipulated narrative without being answerable to the authorities.

“These platforms adhere to norms set by regions like EU, Australia, Singapore. US even summoned Mark Zuckerberg in publicly broadcasted questioning to understand their role in election outcomes. WhatsApp has been breaching all privacy norms of Indian citizens while looking at India as a market to profiteer,” she said.

“However, the new IT rules instead of seeking accountability has chosen to control these platforms by bypassing all privacy norms of individuals, violating the basic Right to Privacy enshrined in India’s constitutional commitments to its citizens. Hope the courts will take a nuanced and balanced call on this issue,” the Shiv Sena leader added.

Her remarks came after Facebook-owned WhatsApp on Wednesday filed a lawsuit against the Indian government in the Delhi High Court, saying that user privacy is in its DNA and requiring messaging apps to “trace” chats undermines people’s right to privacy.

The tussle between Twitter, WhatsApp and Facebook and the Union government has reached its nadir, with cops raiding Twitter offices during the pandemic earlier this week over the ToolKit controversy.

WhatsApp has gone to the court as the deadline to comply with the new IT (intermediary) rules meant for big social media platforms in India ended on Tuesday.

WhatsApp has also gone ahead with implementing its controversial user privacy policy from May 15, stating that “we will maintain this approach until at least the forthcoming PDP (personal data protection) law comes into effect”.