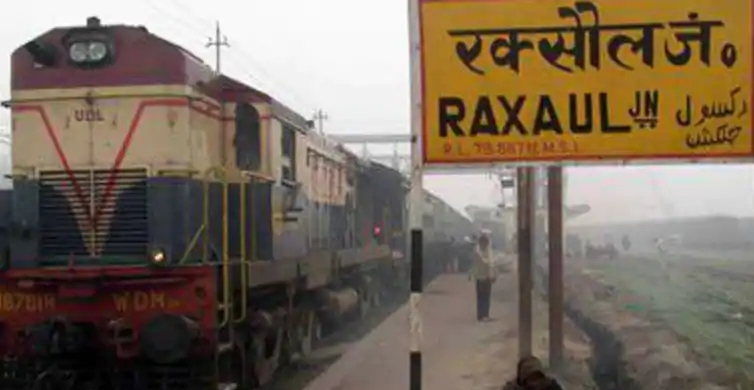 Kathmandu: In a major boost to the Nepal-India bilateral ties, the two neighbouring countries have revised the Railway Service Agreement on June 30, according to a media report.

According to the revised text of the Letter of Exchange, all authorised private container train operators (Indian as well as Nepali) will be able to utilise the Indian railway network to carry freight containers for Nepal’s imports or exports, ending the monopoly of the Indian government-owned Container Corporation of India (CONCOR), the report published in the Kathmandu Post daily said.

The agreement was singed in 2004 and the two sides have tried to amend it several times in the past.

As the countries are planning to expand and extend more cross-border railway service in both passengers and cargo facilities, the agreement was needed to be revises without any delay, a Nepali official said.

This liberalisation will allow market forces to come up in the rail-container-freight segment in the Himalayan nation, and is likely to reduce transportation costs in the medium term, benefiting the Nepalese consumer, the report added.

The new agreement will come into effect after the Cabinets of the two countries endorse it.

The agreement also allows the Indian Railway’s freight services to bring goods to and take goods from other border points besides Raxaul/Birgunj.

“The scope of the present limited cargo movement and facilities from various Indian ports to bordering Nepali industrial areas has been extended by this agreement,” the Kathmandu Post report said citing Nepali officials as saying.

As Nepal and India are planning to extend more cross-border railway networks, experts and officials said this agreement has opened new vistas of cooperation in bilateral trade and transit sectors.

Nepali officials, experts and business community have welcomed the revised agreement that Nepal is going to get huge concessions in doing bilateral and third-country trade, the report stated further.

Similarly, after the revised agreement comes into force, all kinds of wagons that can carry freight on Indian Railways network within India can also carry freight to and from Nepal.

Earlier this facility was limited to only certain kinds of wagons.

The liberalisation will particularly reduce transportation costs for automobiles which are carried over special wagons that were not listed in the Railway Service Agreement of 2004, as they did not exist back then.

This new liberal policy also authorised Nepal Railway Company owned rail/wagons to operate Nepal-bound freight (inbound and outbound) over the Indian Railways network as per Indian Railway standards and procedures. Earlier this was only allowed for wagons owned by Indian Railway/CONCOR.

Former Commerce Secretary of Nepal Chandra Ghimire told the newspaper that with the signing of the new agreement, the monopoly of CONCOR has been enjoying since 2014 has ended with this revised agreement.

Since CONCOR was also operating for Indian companies, it paid less attention to our side, Ghimire said.

Nepali traders have long been complaining of difficulties in trading with third countries in the absence of timely evaluation and revision of the Rail Services Agreement with India.

With the increase in trade with other countries, Nepal had been demanding there be an extension of railway services to all the trading points across the country.

After the agreement comes into force, Indian private operators can transport Nepal-bound cargo from Visakhapatnam and Kolkata ports, as well as, more ports allowing Nepal to use Indian sea ports closer to major customs points of western and far-western Nepal for third-country trade as per the Transit Treaty between Nepal and India.

At present rail cargo can be transported only on the Kolkata-Raxaul/Birgunj route.

The new agreement will be more important after the planned four more railway links between the two countries come into operation. These four cross links include Jogbani-Biratnagar, Rupaidiya-Kohalpur, New Jalpaiguri-Kakarbhitta and Nautanwa-Bhairawaha.

A feasibility study for bringing rail up to Kathmandu from Raxaul, India, is also under consideration.