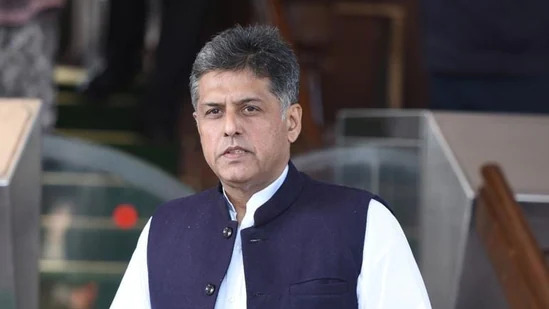 New Delhi : After Congress G-23 group has been given prominence in the Congress’ ‘Chintan Shivir’ panel, one of the key party leader Manish Tewari said he is not upset with the party and always believes in pluralistic idea of India as well as looks forward to working together with the party.

Tewari on Tuesday tweeted, “Neither gruntled nor disgruntled. Neither tired nor retired. As people committed to the pluralistic idea of India we look forward to working together. We were neither dissidents but hard nosed realists then & now.”

Congress has finally given space to ‘G-23’ leaders such as Ghulam Nabi Azad, Manish Tewari, Anand Sharma, Bhupinder Singh Hooda and Mukul Wasnik in the committees formed to devise agenda for the party’s Chintan Shivir (brainstorming camp) to be held in Rajasthan in May this year.

Bhupinder Singh Hooda, a former Haryana Chief Minister, will be heading the committee formed for the farmers, which is going to be the prime focus of the party in the upcoming Assembly elections, while Azad, a former Leader of Opposition in the Rajya Sabha, has been appointed a member in the political matters committee.

The foremost important committee on political matters will be headed by Mallikarjun Kharge, the economic matters committee by P. Chidambaram, the committee on social justice by Salman Khurshid and that on youth and empowerment by new Punjab Congress Chief, Amarinder Singh Raja Warring.

Former Rajasthan Deputy Chief Minister Sachin Pilot has been given prominence by being appointed a member of the Congress’ economic committee.