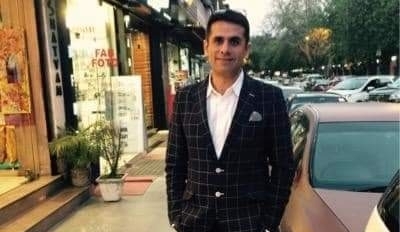 New Delhi, A Delhi court on Saturday granted bail to businessman Navneet Kalra arrested in a case for allegedly hoarding of oxygen concentrators. The court noted that bail cannot be denied to accused, merely because public sentiments are against him.

Citing the Supreme Court order in the Sanjay Chandra case, Chief Metropolitan Magistrate Arun Kumar Garg said: “the purpose of bail is neither preventive nor punitive but to secure the appearance of the accused person at his trial by reasonable amount of bail and the right to bail is not to be denied to the accused merely because sentiments of the community are against the accused.”

The court noted that merely because the accused did not join investigation pending adjudication of his anticipatory bail applications, in the absence of any interim protection by the superior courts, does not mean that he should be denied bail. “Apparently accused is having clean antecedents, in as much as, no previous involvement of the accused in any criminal case has been reported by the IO (investigating officer)”, noted the court.

The Delhi Police have opposed Kalra’s bail plea in the court stating that his intention was to cheat persons in vulnerable condition and make profits. The court, while granting bail, imposed three conditions on him: he will not tamper with the evidence in the case, make no attempt to influence the witnesses and he will also join the investigation whenever required.

Kalra was granted bail subject to personal bond of Rs. 1 lakh and two sureties of the like amount. The police had cited report from medical devices testing laboratory, and argued that the seized oxygen concentrators were useless and in fact, harmful for the persons using it.

Kalra’s counsel argued that no purpose would be served by keeping his client in pre-trial detention as no more recoveries have to be made from him. The court had earlier dismissed Delhi police plea seeking five days police custody of Kalra in the case.

Kalra was on the run after the seizure of 524 oxygen concentrators from three restaurants — Khan Chacha, Town Hall, and Nege & Ju — owned by him, but later he was arrested by the police. Four employees of Matrix Cellular company, including its CEO and vice president, who were also arrested, were granted bail in the same case. Kalra bought oxygen concentrators from Matrix Cellular which imported them.

On May 5, a case was registered against Kalra under Section conspiracy) and 34 (common intention) of the Indian Penal Code. The case was also registered under Essential Commodities Act and Epidemic Diseases Act.