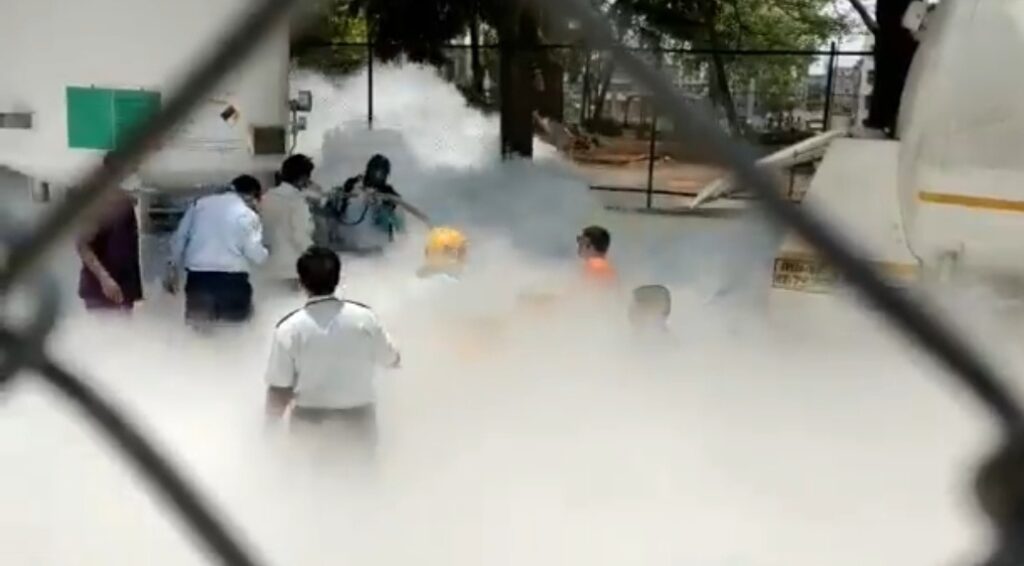 Nashik: In a horrific incident, at least 22 Covid-19 patients died on ventilators in a Nashik Municipal Corporation (NMC) hospital after an abrupt drop in pressure due to leakage in the oxygen supplies, officials said.

The invisible tragedy took place in the Dr. Zakir Hussain Hospital run by the Bharatiya Janata Party-ruled NMC, which is among the biggest civic bodies and one of the worst Covid-19 hotspots in the state.

Following certain technical issues which caused a variation in the pressure of the oxygen being administered in the ward, the 22 patients gasped for breath and succumbed on the ventilator beds.

At least 150 patients were undergoing treatment on oxygen beds and another two dozen on ventilator beds when the tragedy struck.

“It’s a very serious incident… coming due to a drop in pressure of the oxygen being administered to the patients,” Health Minister Rajesh Tope said.

Even as stunned relatives slammed the civic authorities, NMC Municipal Commissioner Kailash Jadhav termed it as “a very sad tragedy” and ordered a probe into the incident and assured action against all found guilty of lapses.

Union Home Minister Amit Shah said that he was stunned to learn of the Nashik hospital tragedy and expressed his condolences to the kin of the victims.

Congress State Spokesperson Sachin Sawant demanded a thorough inquiry into the tragedy and punishing all those found guilty.

“The hospital is managed by NMC which is under the BJP-rule. BJP must take responsibility. Where are the BJP Mayor and 3 BJP MLAs absconding?” Sawant said sternly.

Tope, his cabinet colleague Chhagan Bhujbal and other senior political leaders have rushed to Nashik for a spot assessment of the situation.

BJP’s Leader of Opposition (Council) Pravin Darekar attacked the MVA government and demanded lodging of cases under culpable homicide against the NMC Commissioner Jadhav, accusing him of being ‘solely responsible’ for the incident.

To control the outrage among the bereaved relatives and an uproar building up after the incident, the Nashik Police tightened security in and around the hospital premises to prevent any untoward situation.