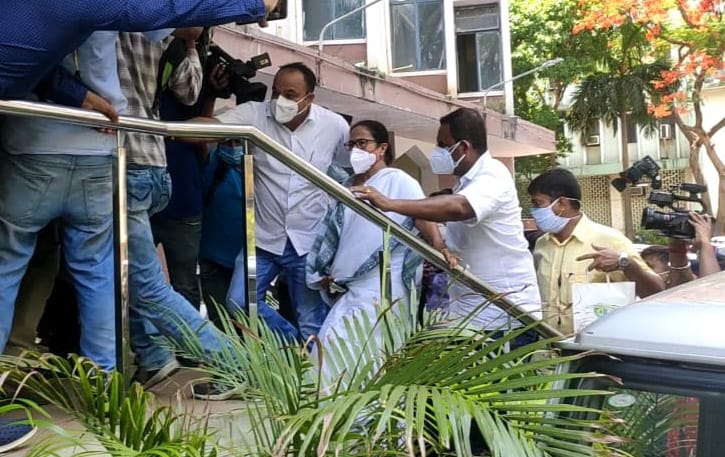 New Delhi, The Supreme Court on Friday agreed to hear the appeals against the Calcutta High Court order denying West Bengal Chief Minister Mamata Banerjee and Law Minister Moloy Ghatak from filing affidavits on their role on the day of arrest of four Trinamool Congreess leaders on May 17 by the CBI in Narada case.

A bench comprising Justices Hemant Gupta and V. Ramasubramanian, in its order, said: “Tushar Mehta, SG has put appearance on behalf of the respondents. Let a copy of these petitions be served upon the office of the Solicitor General. At the joint request of the parties, list the matters on June 22. We hope that the High Court will not take up the matter on June 21 and June 22.”

The top court asked the High Court to consider the matter after the apex court considers the appeals of the state and Ghatak against the order.

A five-judge bench of the Calcutta High Court on June 9, hearing the CBI’s application for transfer of the Narada sting tape case from the special CBI court to the High Court, had said it will consider later the affidavits by Banerjee and Ghatak.

Senior advocate Rakesh Dwivedi, appearing for Ghatak, had said that the minister was attending the cabinet meeting and was not on the court premises at the time of hearing. He emphasised the CBI had addressed the court virtually.

The allegations levelled are that Trinamool leaders played key role in stopping the CBI from performing its legal duty after arresting four party leaders on May 17 in the case.

Solicitor General Mehta had contended before the court that the affidavits cannot be accepted on the ground of delay as they were filed after the completion of his arguments. On June 9, the High Court had decided to consider later the affidavits filed by Banerjee and Ghatak.