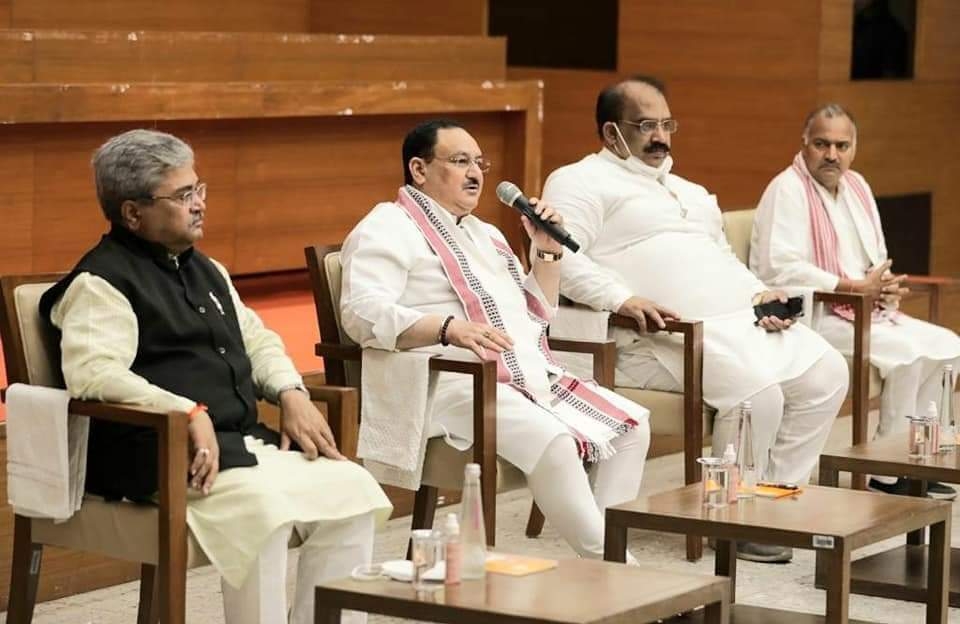 New Delhi,  BJP national President J.P. Nadda on Saturday met leaders from the partys Punjab unit and discussed the law and order situation in the state and the ‘attacks on party workers.

During the meeting, Nadda assured the party workers that the BJP stands with them, adding that the state is governed by the rule of law.

Punjab BJP chief Ashwani Sharma that Nadda met the party workers who faced violent attacks in the name of farmers’ protest, including 13 workers who were recently taken hostage at Rajpura in Patiala for over 12 hours.

“Nadda ji personally interacted with the workers who faced attacks and assured them that the BJP, the world’s largest party, stands with them. Nadda ji also told them that a state is governed by the rule of land,” Sharma said.

Sharma also emphasised that no discussion was held about next year’s Assembly polls in Punjab.

“During the meeting, which lasted for over an hour, Nadda ji talked to our workers who faced attacks by anti-social elements in the name of farmers. No discussion was held about the Assembly polls,” Sharma said.

It is learnt that Nadda heard all the BJP workers who were attacked in the meeting.

“There is a complete breakdown of law and order in Punjab and the Amarinder Singh government is least interested in enforcing the law of the land. In a democracy, there is no place for violence, but the Chief Minister has forgotten that, turning a blind eye towards the incidents of violent attacks on BJP workers,” Sharma said.