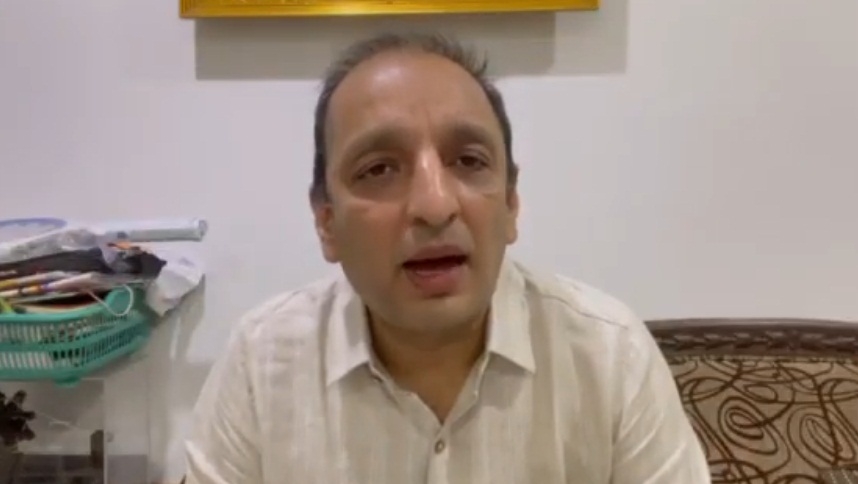 Mumbai : The Maharashtra Congress on Wednesday said that maximum cases of atrocities against women are recorded in Bharatiya Janata Party-ruled states and endorsed Chief Minister Uddhav Thackeray’s suggestion to convene a special four-day session of Parliament to discuss the issue.

Citing the latest official data in the NCRB-2020 Report, Congress state Spokesperson and General Secretary Sachin Sawant said that the crimes against women were highest in Maharashtra during the tenure of the BJP’s ex-Chief Minister Devendra Fadnavis – who also handled the home department – but now the atrocities have significantly reduced under the current Maha Vikas Aghadi (MVA) rule.

His comments came a day after a battle royale erupted over Governor Bhagat Singh Koshyari’s letter to Thackeray urging him to call a special session of the Maharashtra Legislature to discuss law and order and women’s safety issues in the state in the aftermath of the brutal rape-cum-murder of a 32-year-old woman at Sakinaka on September 10.

“The NCRB statistics say that Uttar Pradesh is again at the forefront in atrocities on women. Other BJP-ruled states like Assam, Madhya Pradesh, Haryana and Karnataka are also ahead. UP leads in cases of gang rape-cum-murders while Assam is the highest with 154/100,000 incidents of atrocities against women recorded,” said Sawant.

Following the Governor’s recent suggestion, Thackeray had hit back on Monday, asking the former to request Prime Minister Narendra Modi and Union Home Minister Amit Shah to convene a special session of parliament to debate the growing crimes against women.

In the stinging letter-in-reply to Koshyari, Thackeray also listed specific instances of dastardly crimes in UP, the grim crime scenario in the PM’s home state of Gujarat, the increasing crimes in the Governor’s home state Uttarakhand, Delhi where the law and order control vests with the Centre, the BJP-supported Bihar, and Union Territory of Jammu & Kashmir under Central jurisdiction, to justify his claim.

“We are also extremely concerned about the safety of women in all the BJP-ruled states. We endorse the CM’s proposal… We want that the anti-women BJP, due to the RSS, should also support this demand,” urged Sawant.