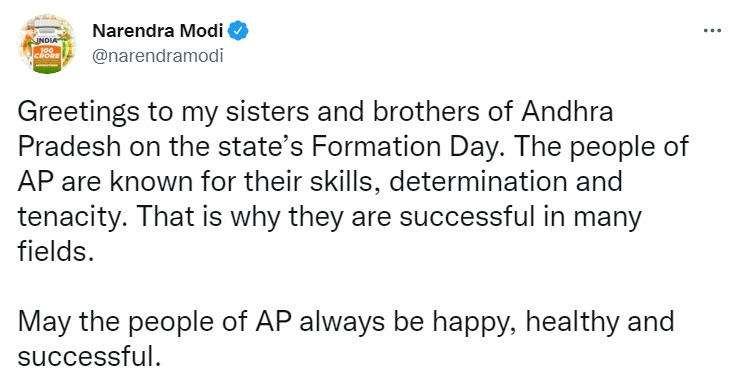 In a series of tweets, Prime Minister Modi greeted the people of these six states.

In his message to the people of Karnataka, Modi said, “Best wishes on the special occasion of Karnataka Rajyotsava. Karnataka has made a special mark due to the innovative zeal of its people. The state is at the forefront of outstanding research and enterprise. May Karnataka scale newer heights of success in the times to come.”

Greeting people of Chhattisgarh, Modi said, “Hearty congratulations to all the people on state Foundation Day of Chhattisgarh. I wish that Chhattisgarh, which has unique identity for folk song, folk dance, art and culture, set a new bench mark of progress.”

In his message to the people of Haryana, Modi said, “Many congratulations to people of Haryana on state Foundation Day. I wish that this, which preserve its traditions and culture, will create new benchmark of development.”