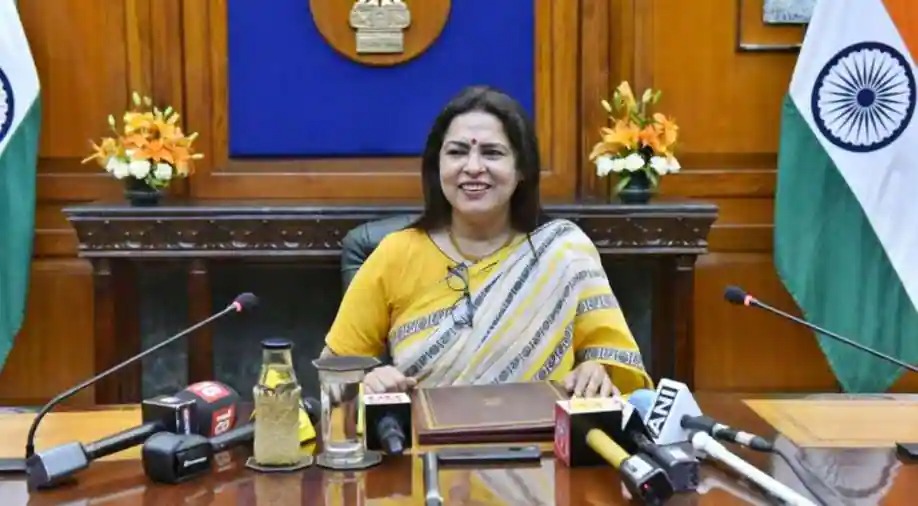 “I want to remind the people that those who used to raise the slogan of ‘Maa, Maati, Manush’, today they only care about money, money, money. Surprisingly, huge cash were recovered by the ED from Chatterjee’s close associate but Chief Minister Mamata Banerjee is completely silent,” Lekhi said while addressing media at BJP headquarters here.

Referring to Mukherjee’s statement that her house was turned into a ‘mini bank’ by Chatterjee, and the money was being distributed from top to bottom, she said, “… who is the top one, it should also be investigated.”

Lekhi also alleged, “Monalisa Das, another associate of Chatterjee, who was admitted to a university in 2001 as a student, is today a professor and the head of department of Bengali language there.”

The ED on Wednesday recovered over Rs 20 crore in cash and three kg of gold bars from one of the residences of Chatterjee’s close aide Mukherjee’s residence at Belgharia in the northern outskirts of Kolkata. Earlier on July 22, the ED had recovered over Rs 21 crore in cash, in addition to foreign currencies worth Rs 70 lakhs, and gold ornaments worth Rs 90 lakhs from Mukherjee’s Diamond Park Housing Complex residence in South Kolkata.

Multiple high-end Apple iPhones, sale deeds of flats, and documents of vehicles were recovered also recovered in the raid.