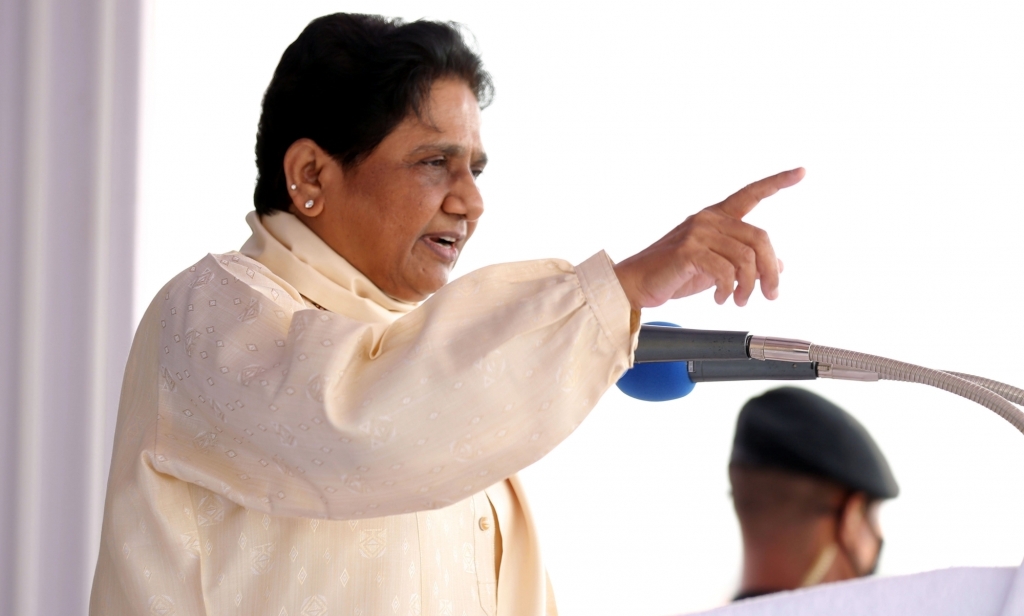 Loucknow : Launching her campaign for the 2022 Assembly polls on the occasion of the death anniversary of Bahujan Samaj Party (BSP) founder Kanshi Ram, BSP chief Mayawati on Saturday addressed a huge rally at the Kanshi Ram memorial here after paying tribute to the late socialist leader.

Launching an attack on the BJP, the Samajwadi Party and the Congress, the BSP chief said, “During the upcoming state Assembly polls, if the BSP government is formed in Uttar Pradesh, our emphasis will be on providing means of livelihood to the poor and unemployed youth in the state. This will be the core poll issue of the BSP.”

Mayawati said during the second wave of the Covid-19 pandemic, both the BJP and the Aam Aadmi Party (AAP) forced the workers to migrate from Uttar Pradesh and Delhi.

Delhi Chief Minister Arvind Kejriwal failed to make the requisite arrangements to stop the migrant workers from going to their native states, she said. Now the AAP is trying to make tall promises like supplying free electricity to announce their political entry in Uttar Pradesh, she added.

The BSP chief announced that her party will not declare any poll manifesto but said if the BSP government is formed in the state, her party will not stop the developmental projects started by the ruling BJP in Ayodhya, Varanasi and Mathura but will ensure to complete them. Whether there are projects related to construction of roads and bridges, the work undertaken earlier during previous governments will be completed.

Mayawati said several small regional parties are fighting alone or are in alliance with major parties. They are only trying to benefit the ruling BJP indirectly. The BSP needs to be wary of such small regional parties. She said the Samajwadi Party is only adding people with dubious distinctions to increase its numbers.

Mayawati said some people are trying to tarnish the image of the BSP by projecting it as a weak outfit. “Such people should see the huge gathering here. They must understand that BSP is still powerful,” she said.

She said all parties are trying to gain mileage by invoking Hindu-Muslim communal politics, so one has to remain wary of such parties. Now the atrocities on angry farmer protesters against the Central government have risen to the highest level, of which Lakhimpur Kheri violence is a classic example.

The BSP chief said the people of Uttar Pradesh have made up their mind to bring back the party to power. The people have already witnessed the misrule under the SP, Congress along with the BJP. The BSP leaders must remain wary of such cheap political tactics.

In 2007, there was a majority government formed by the BSP in the state and had achieved the best performance in terms of the law and order situation. The BJP, SP and the Congress are making false promises to garner votes, she added.

All opposition parties are coming up with big promises in their poll manifestos. Mayawati said, “I appeal to the people in Uttar Pradesh not to waste their votes by voting in favour of the BJP.”