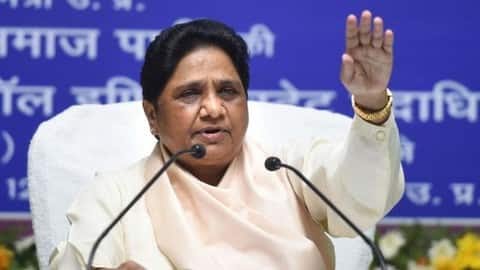 A BSP leader said, “Narayan and Singh will be contesting the Assembly elections for the first time. Both belong to the Jatav community and have been working for the party at the grassroots level, strengthening the support base of the party in Mainpuri and Etawah.”

BSP chief Mayawati decided to field Kuldeep Narayan and Brajendra Pratap Singh against the political heavyweights in order to give a message to party cadres that committed workers will be given preference in the Assembly elections.

The BSP hopes to mobilise the younger party cadre at a time when most of the senior leaders have deserted the party, he said.

Mayawati, on Thursday released the party’s list of 53 candidates for the third phase of UP Assembly elections where polling will be held on February 20 in 59 Assembly constituencies in 11 districts.

Among the 11 districts — Mainpuri, Etawah, Firozabad, Etah, Hathras, Kasganj, Kannauj, Farrukhabad and Aurraiya — are called the strongholds of the Samajwadi Party.

Of the 53 candidates, 18 belong to the other backward classes (OBCs), 17 are Dalits, 15 belong to the upper caste and three are Muslims.

The 11 districts (in which third phase Assembly election will be held) have a large backward and Dalit population. Keeping caste equations in consideration, the BSP chief has fielded maximum candidates from both the communities. Under the social engineering formula, Brahmin and Rajput candidates have also been fielded in the upper caste majority seats, said the BSP leader.