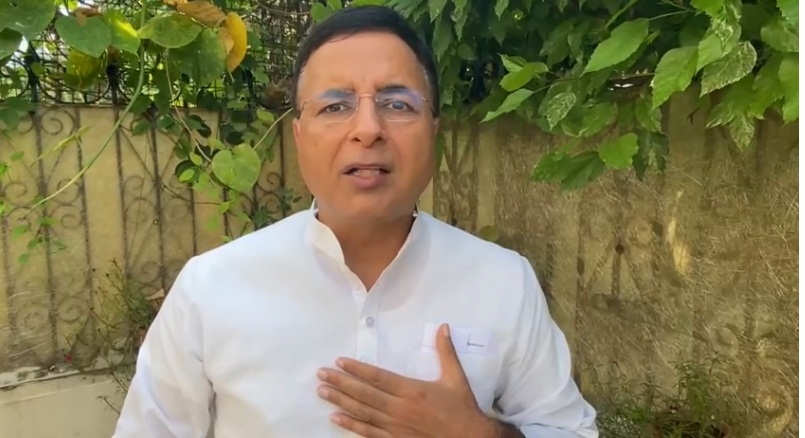 Bhubaneswar : All India Congress Committee general secretary Randeep Singh Surjewala has demanded the dismissal of Minister of State for home, Dibya Shankar Mishra for his alleged involvement in the Mamita Meher murder case in Odisha.

A fact finding team of the Congress including Surjewala and the party’s Odisha in-charge, A. Chella Kumar, met the family members of Mamita on Thursday at Jharni village in Tureikela block of Bolangir district.

Speaking to reporters there, Surjewala said: “Apart from the main culprit, the person who is shielding the accused is also equally responsible for the crime.”

“In this case, it is the MoS home. Why has he not been dismissed till now? If he supervises the investigation then who will punish the culprits?” he asked.

He also demanded Mishra’s arrest under Section 120 (B) of the Indian Penal Code (IPC) and his removal from the Council of Ministers.

“Until the minister has not been removed, the Naveen Patnaik-led government would not be able to punish the criminals,” he said.

He also demanded a SIT probe under the supervision of the Chief Justice of the Orissa High Court and speedy trial of the case.

“The charge sheet should be furnished soon, trial should be completed within 90 days and all efforts should be made to hang the culprits,” the AICC spokesperson said.

Stating the sacred land of Lord Jagannath has turned into a crime hub, the Congress leader said the murder of the 24-year-old teacher has freshened the memory of Delhi’s Nirbhaya case. Further, he demanded compensation of Rs 1 crore and a government job for the victim’s brother.

“The DIG said the probe is almost over. Then, why there is no investigation of the conspiracy behind Mamita’s murder?” Mishra said.

Meanwhile, continuing their protest over the case, BJP Yuva Morcha workers tried to gherao the Bhubaneswar DCP’s office on Thursday demanding the removal and arrest of Mishra.

Morcha’s state president Irasis Acharya said that no action has been taken against Mishra even after his proximity to the accused in the murder case was proved.

He warned that they will further intensify the agitation if the minister is not dismissed and arrested at the earliest. The BJP workers also protested in Chatrapur town of Ganjam on Thursday.

Reacting to this issue, BJD legislator Kishore Mohanty said: “From the very day Naveen Patnaik took charge as the Chief Minister of the state, opposition parties are demanding resignation. There is nothing new about it.”

On the involvement of Mishra, he said it would not be appropriate to accuse someone before completion of the investigation.