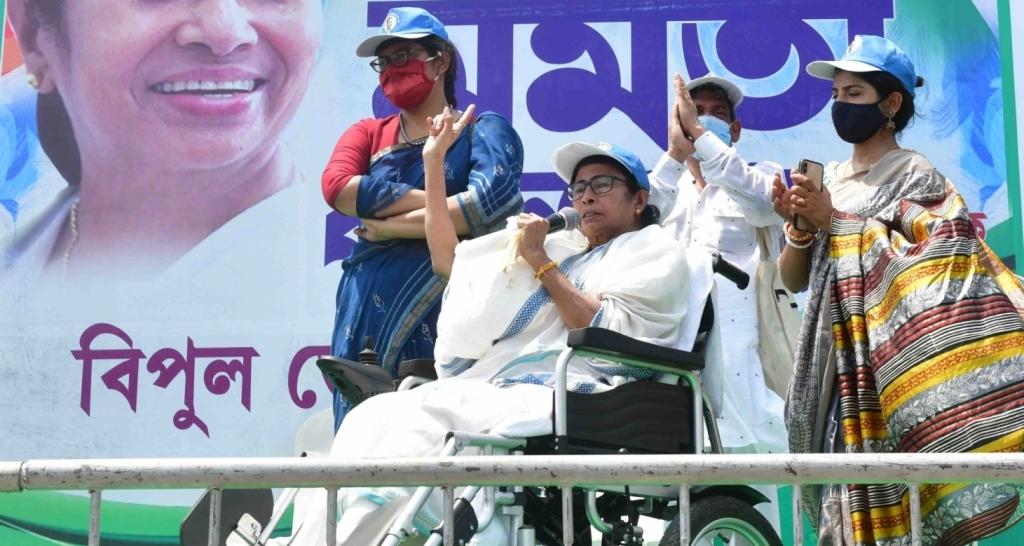 Kolkata,  A day after the Central government announced the ‘universal’ Covid vaccine policy, West Bengal Chief Minister Mamata Banerjee on Tuesday criticised the Central government, terming policy as “hollow”, “without any substance” and “regrettable show of evasion of responsibility by the Centre at the time of crisis”.

In a letter written to Prime Minister Narendra Modi, Banerjee said, “The announcement doesn’t address the major issues like quality, efficacy, stable flow of supply of the required vaccines by the manufacturers and also the price at which the vaccines are to be purchased by the states.”

“It is apprehended that the announced policy might lead to unscrupulous mechanisms in the market, including the prices of vaccines as it appears to be based on market prices which may put the common people under huge financial burden.

“More importantly, the supply would also become very erratic as the vaccine manufacturers are hardly prepared to scale up their production capacity to the desired levels to meet the nationwide demand,” she added.

Reminding the Prime Minister of her letter dated February 24, she said, “I had requested your intervention to allow our state to purchase vaccines directly with the state resources and give free vaccination to the people of the state.”

The Chief Minister alleged that no reply from the Centre has come so far.

“Now when the number of cases in the state is spiralling like anything, the Centre has chosen to tactically indulge in making an empty rhetoric and shy away from the responsibility for making vaccines available to the people of the country,” she said.

Banerjee also asked the Prime Minister to take steps so that the vaccines become available in the market.

“I would like to mention once again that, presently, the required vaccines are not available in the market and I request that steps may immediately be taken to ensure the availability of vaccines at the earliest,” she said.

This is the second letter the Chief Minister sent to Modi in three days.

On Sunday, she had requested the Prime Minister to make available the supply of vaccine, medicine and oxygen so that the state can scale up the vaccination process and provide adequate treatment to the people.

After making it clear that the state is looking forward to a clearance from the Centre so that it can purchase the required vaccines from the market, the Chief Minister said, “The supply of essential medicines like Remedesvir and Tollizumab (Actemera) is extremely scarce and uncertain today, which has been a matter of grave concern for the doctors here. We need around 6,000 vials of Remedesvir and 1,000 vials of Tollizumab daily.

“However, presently only 1,000 vials of Remedesvir are available daily and no fresh supply of Tollizumab is coming. It may be seen that the relevant authorities step up their efforts to ensure steady supply of these most essential supplies as soon as possible.”