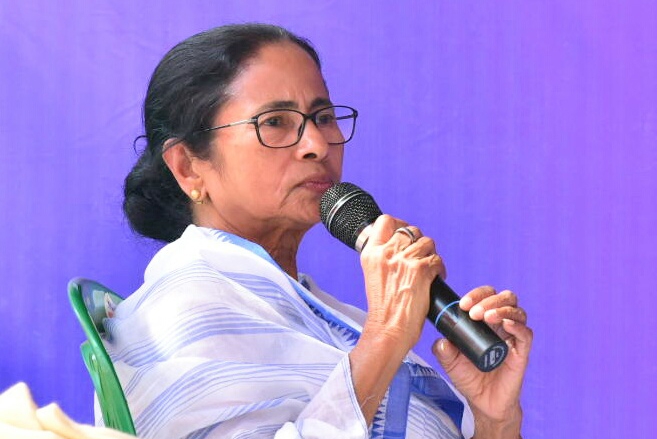 Kolkata,  Besides announcing a grant of 1,000 crore for relief operations in areas affected by Cyclone Yaas, Chief Minister Mamata Banerjee on Thursday announced that the restrictions imposed in the state in the wake of the pandemic will continue for another 15 days.

The government will review the situation again on June 15.

Congratulating the people for cooperating with the state government that has led to the slow-down of the Covid infection rate, Banerjee said, “Though the infection rate has reduced, the state government has decided to continue on with the restrictions for another 15 days. We are thankful that the people have cooperated with us and we have started getting good results but I urge the people to bear the hardship for a little longer. We will review the situation on June 15 and then decide the next course of action”.

However, the chief minister announced some relaxations for jute and construction workers. “There have been several requests from Punjab and so we have decided to increase the workforce in jute industry from 30 per cent to 40 per cent but they will have to adhere to all the Covid norms. The construction workers can also go to work provided they have proper vaccination. It is the responsibility of the employers to vaccinate their employees from private places. If they are vaccinated then they can join the work,” the chief minister said. “The rest of the conditions, as declared before, will prevail,” she added.

Speaking on the occasion of a review meeting with the officials related to relief and rescue work, CM Banerjee said that the government has sanctioned a fund of Rs 1,000 crore for the relief measures but she cautioned that the money should go to the right beneficiaries. Detailing out the mechanism which is in line with ‘Duare Sarkar, the chief minister said, “From June 3 to June 18 there will be relief camps in the affected blocks and Gram Panchayats,where the people will come and register themselves giving the details of their damage along with their personal and bank details. Like ‘Duare Sarkar’ it will be ‘Duare Relief’.

“The government will inspect all the applications for the next 15 days – from June 16 to June 30 — and make a list of the beneficiaries. Once the list of beneficiaries is prepared, the state finance department will start disbursing funds according to the damage and the estimation prepared at the block and panchayat level. The entire disbursement process will be complete by July 8. The money will be transferred directly to the account of the beneficiaries. There will be nobody in between. The transaction will be directly done to the beneficiary by the government,” she added.