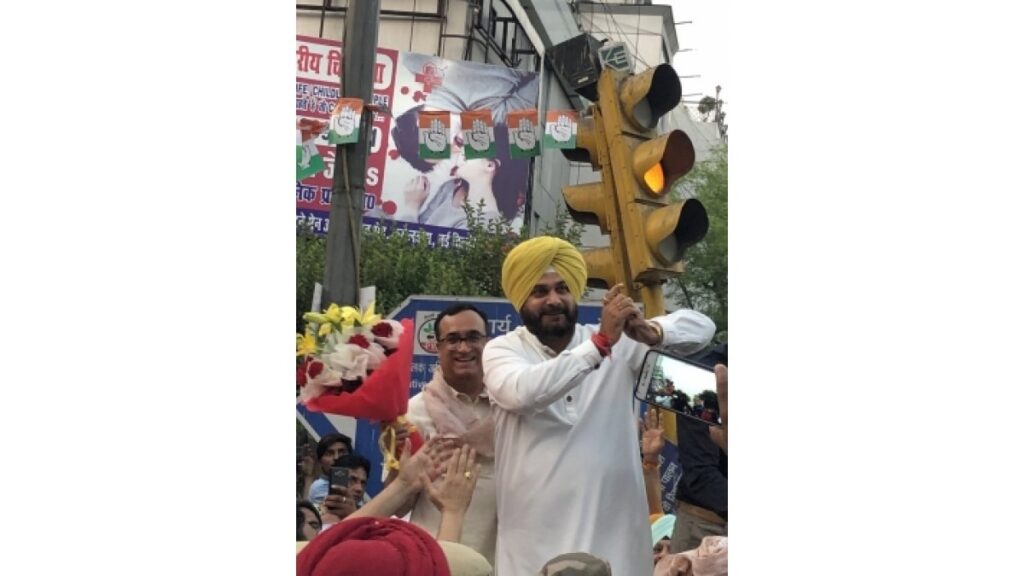 Jaipur,  Amid the ongoing tussle between Rajasthan Chief Minister Ashok Gehlot and his former deputy, Sachin Pilot, one retweet by the Rajasthan in-charge of the Congress, Ajay Maken, has left the Gehlot camp shocked and surprised.

Maken retweeted a tweet supporting the elevations of Navjot Singh Sidhu as Punjab PCC chief and questioning the attitude of chief ministers such as Amarinder Singh, Ashok Gehlot and the late Sheila Dikshit. The original tweeet pointed out that as soon as such leaders become chief ministers, they start believing the party won because of them.

The tweet retweeted by Maken said, “No leader wins on his own. The votes of the poor and weaker section are given in the name of the Nehru and Gandhi family. However, no matter if it is Amarinder Singh or Gehlot or Sheila or anyone else! As soon as they become the Chief Minister, they start thinking that the party won because of them.”

The tweet went on to say that Sonia Gandhi, who was party president for more than 20 years, never highlighted her own achievements. As a result, the tweet said, she was the one bringing in the votes, “however Congressmen continued working irresponsibly”, believing that the victories were “their miracles”.

The tweet also made the point that if the party lost somewhere, “then the blame was put on Rahul Gandhi”. But if the party won, the chief ministers put up “the face of victory on their own foreheads”. It concludes by saying: “The leadership did the right thing by anointing Sidhu as Punjab PCC chief. It was necessary to show strength.”

After Maken retweeted this long tweet, political circles in Rajasthan were abuzz with speculation that the Punjab story was likely to be repeated in Rajasthan too.

A senior party worker said in a conversation , “It is time for decisive action to end this tussle between the two camps (in the state). People and party workers are suffering because of it. Resentment is brewing among Congress workers because there has been no cabinet expansion till date in the state.”

The party worker also pointed out that even though the state government has completed one-half of its term, a number of political appointments are pending. “With what face shall we go to the people in 2023 when the elections are announced?” he asked, adding that the strength of the PCC in Rajasthan was reduced to 39 after it was dissolved following the rebellion last year by the Pilot camp.

“Is it possible to develop a strong presence on the ground in two years? We need to move fast,” the party worker said.

Another Congress worker said that Maken has worked out a formula to resolve the rift, but Gehlot was not okay with the names suggested by the state in-charge and hence the delay in cabinet expansion.

Sidhu’s anointment, meanwhile, has raised hopes in the Pilot camp as it waits for better times to return.

Earlier, when Maken had described Pilot as the party’s star asset, the young leader had said . “Maken’s statement should be considered seriously as it comes from the high command.”

The question now confronting the Gehlot camp is whether the latest retweet also has the high command’s blessings.