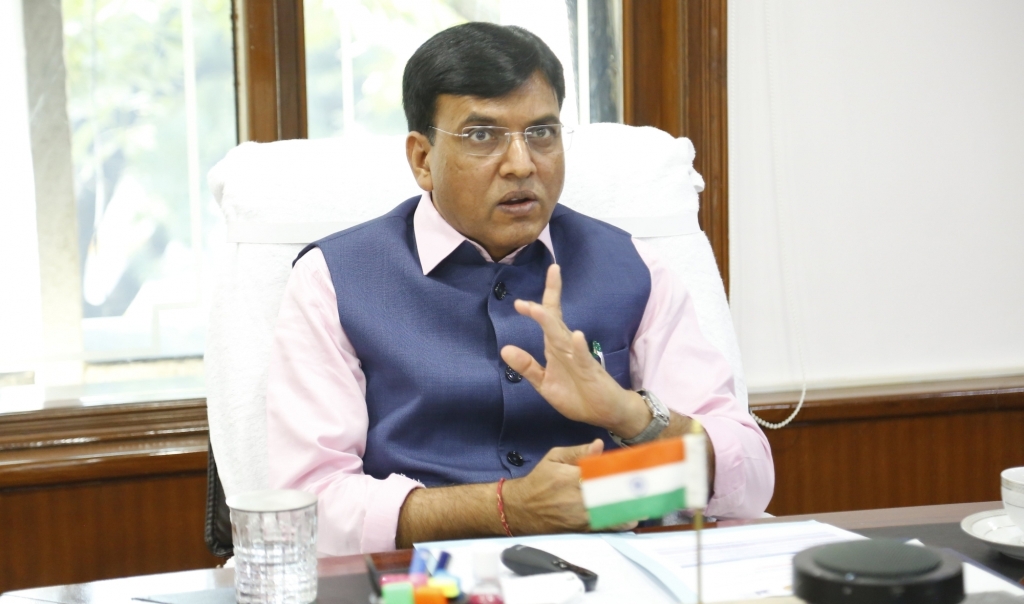 New Delhi : The Union Health Minister Mansukh Mandaviya on Thursday interacted with the state Health Ministers and Secretaries of all states and union territories to review the progress made in the fight against TB through focussed and concerted efforts.

The state Health Ministers in the meeting included T.S. Singh Deo from Chhattisgarh, Mangal Pandey from Bihar, Anil Vij from Haryana, Satyendra Jain from Delhi, Rajesh Tope from Maharashtra among others from states.

Expressing satisfaction at the convergence of focus to eliminate TB, Mandaviya suggested the continuance of regular interaction so that best practices of States/UTs may be discussed and taken up for emulation.

He said, “We have to encourage common people to join us in this mission for eradicating TB. It has to be a people’s initiative.”

Mandaviya assured that the Union government was open to all suggestions from the States/UTs on Tuberculosis in its mission to fulfil Prime Minister’s dream of a TB Free India by 2025.

He also encouraged the States and UTs to provide suggestions on the Public Health Management of Covid and other programs and initiatives of the Union Health Ministry.

On the threat to the gains made against TB due to Covid-19, he spoke on the ramping up of Covid vaccination in the recent days. He also underlined the task of vaccinating all teachers by September 5 for which additional doses were being provided to the states.

Mandaviya called for states to initiate specific vaccine drives on particular days to vaccinate certain communities which are directly dealing with people, like vegetable vendors in markets or rickshaw pullers in a particular area. He assured that the centre is in constant touch with the vaccine manufacturers as for resolving any possible bottleneck as vaccine production is increased month on month.

Invoking the framework of cooperative federalism, Union Minister of State for Health and Family Welfare Dr. Bharati Pravin Pawar emphasised the need to work together by multiplying our efforts to eliminate TB in the next three years. She exhorted the entire team of health administers to undertake extensive active case finding and said, “Jan jan ko jagana hain, TB ko bhagana hain ( People have to awakened and TB has to be eradicated.”

All the ministers in the meeting shared their plans to support the movement to eliminate TB by 2025.