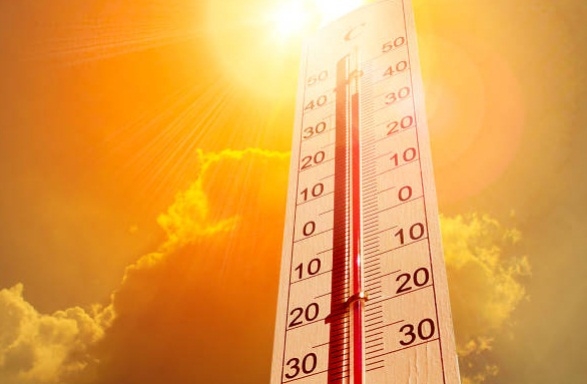 Mumbai : The ongoing unprecedented heat wave in Maharashtra – with mercury rising to 46 degrees Celsius in some areas – has claimed at least 25 lives so far, the highest since 2016, with the number of heat-stroke cases standing at around 375, officials said on Monday.

The state Health Department’s Surveillance Officer Dr. Pradeep Awate said that with the temperatures soaring to record highs in the past 100 years, Maharashtra has witnessed the highest – 25 – fatalities due to the heat wave, with many more suffering.

“Chandrapur is among the global hotspots with temperatures hovering around 46 degrees Celsius. However, the IMD has said that in the next few days, there may be respite from the heat as pre-monsoon showers are likely in many parts of the state,” Awate , while urging people to take full precautions.

Ironically, the usually cool hill-station of Mahabaleshwar – where people from all over the state flock during summer – has become an furnace at 31 degrees, while its neighbouring twin, Panchgani recorded 32 degrees – yet, making them the “coolest” locales in the state.

Large parts of the state have been reeling under temperatures between 35 and 46 degrees since March-end onwards, particularly northern, and central parts of the state besides the traditional hotspots of Marathwada and Vidarbha boiling between 40C-46C.

Of the (25) heat-wave tragedies, 15 have been reported from Vidarbha, comprising 11 in Nagpur, 3 in Akola and one in Amravati districts, six deaths from Marathwada comprising 2 from Jalna and one each from Parbhani, Hingoli, Osmanabad and Aurangabad, and 4 from Jalgaon in north Maharashtra.

All deaths are analysed by the respective District Health Committee based on the victim’s symptoms, his/her exposure to heat, the temperature-humidity levels of the past 72 hours where the death occurred before the cause is attributed to the heat-wave or a heat-stroke.

Dr. Awate said that prior to the onset of summer, the Health Department was ready with its health contingency plan in February and it monitors the daily temperatures from the IMD which is passed to the districts for further remedial measures.

The heat-wave has increased the demand for power to its highest ever, at 28,276 MW – and the state reeled under long hours of load-shedding for two weeks till normal supply was restored on April 28, according to Energy Minister Dr. Nitin Raut.