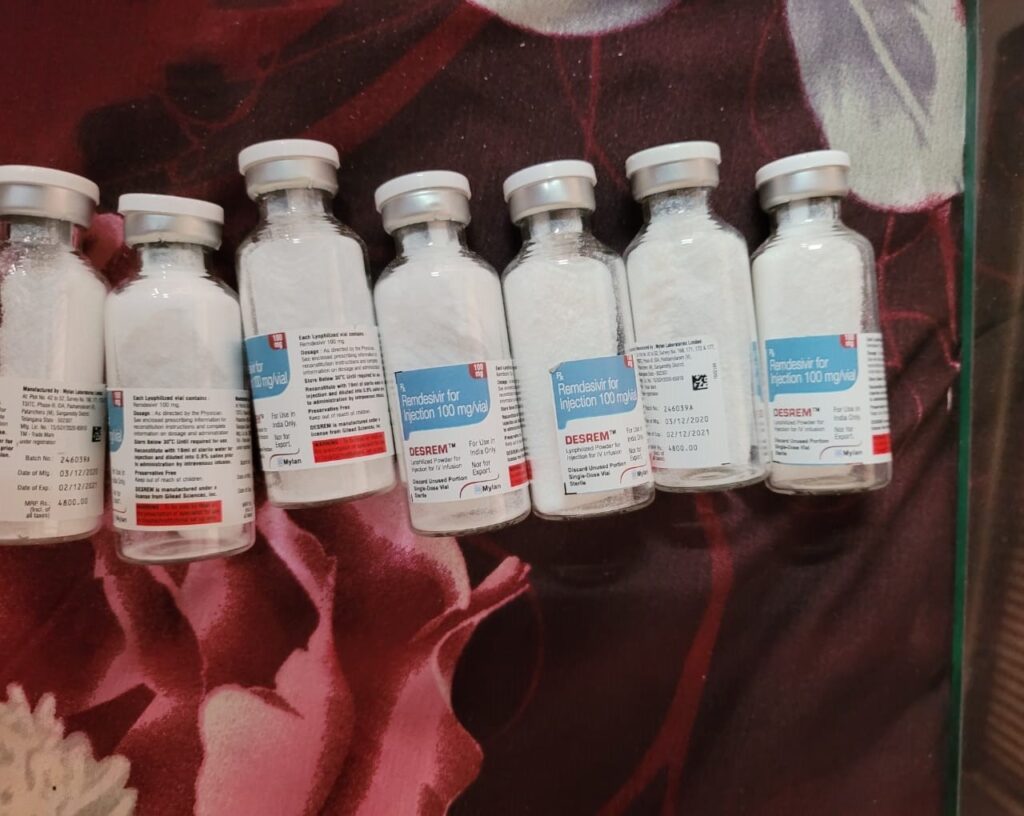 Mumbai,  The Maharashtra Cyber Police have busted an online fraud of illegal sales of fake Remdesivir and Tocilizumab drugs filled with plain water that targeted gullible customers desperate for treatment of Covid-19, an official said here on Thursday.

On Wednesday, a leading pharmaceutical company had approached the Cyber Police Cell to file a case after it received many complaints that its distributors had sold these drugs by soliciting customers online or through social media.

The complainants had stated that some mobile numbers were posted on various WhatsApp groups or other social media platforms claiming they were authorised dealers of the complainant pharmaceutical company.

They offered to deliver the drugs on advance payment of 50 per cent amount through online transactions, and rest on delivery.

Though the company had been getting these complaints since April 27, the numbers kept increasing daily compelling it to approach the police, and the people also started posting their grievances on the social media targeting the company on various public platforms.

The development comes close on the heels of the Central Vigilance Commission (CVC), New Delhi has ordered a probe into the massive scam into the sale of Remdesivir, following a petition by Mumbai Barrister Vinod Tiwari.

Given the criticality of the issue, the Cyber Cell immediately launched the investigations from multiple fronts, including shops, telecom service providers, and banks.

The preliminary probe shockingly revealed that many needy citizens had even paid the full money in advance but when they followed-up anxiously on their orders for delivery, they were given vague replies or the phones were switched off, said IGP Yashasvi Yadav.

Besides, some customers received their injections, which were found to contain plain water or some other fake stuff in the bottles and labelled as the product of the complainant company with its name and logos.

Various telecom companies have been directed to provide the full details of the mobile numbers used in the online frauds, sought the help of various banks to trace the accounts in which the public monies were transferred and to freeze them till the probe is on, according to IGP Yadav.

The Maharashtra Cyber Police has registered a First Information Report against various unknown persons for invoking provisions of the Indian Penal Code, IT Act, The Trademarks Act, Drugs & Cosmetics Act, for indulging in the fraud and playing with the lives of innocent citizens during the pandemic.