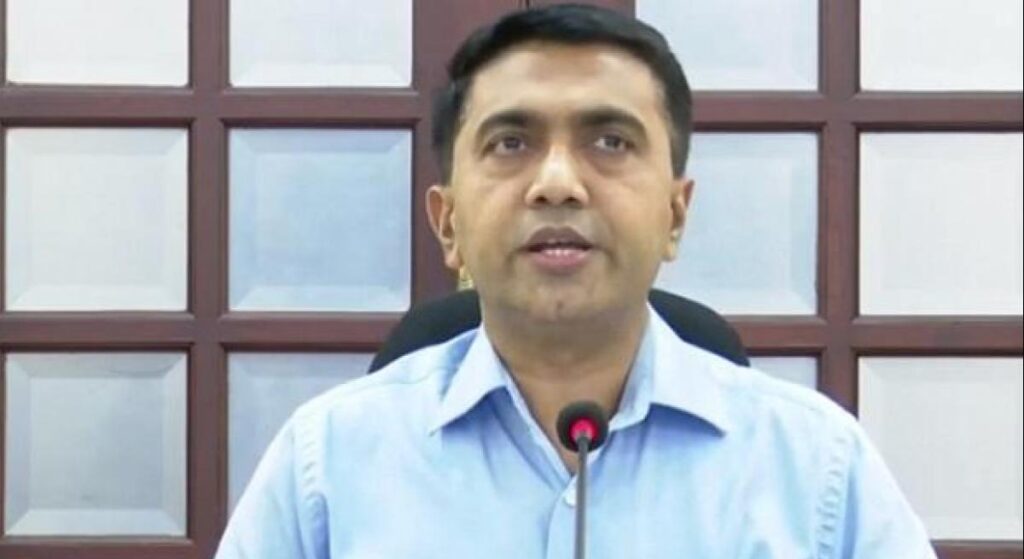 Panaji: Chief Minister Pramod Sawant on Friday ordered a state level curfew in Goa frGoa,om May 9 to May 23.

However, a video clip of a slip on a live mic by Chief Minister Pramod Sawant after addressing the press conference has now gone viral.

In the video clip, Sawant is heard and seen signing off the press conference, but a moment later says “(I) did not say ‘total lockdown’,” to agreement from his Chief Minister’s Office staff, before switching off the mic.

The video clip has gone viral, with his political detractors accusing the Chief Minister of not being serious about nipping the Covid spike in the state, which has resulted in 1,557 deaths and 31,718 active cases over the last two months.

“He spoke for 27 minutes, but showed his true colours in the last 10 seconds,” says city lawyer Atish Manderkar on Facebook, reacting to the clip.

“Dr. Pramod Sawant is playing with people’s lives …people are struggling for oxygen and bed, instead of doing total lockdown… CMO Goa does a curfew.People of Goa will never forget this,You and your party @BJP4Goa will pay for this,” president of the Goa unit of the National Students Union of India Naushad Chowdhuri said.

In response to a question on why the word lockdown was absent from his media briefing despite the stringent restrictions which are expected to be put in place during the “state level curfew”, Sawant said that the words curfew and lockdown meant the same.

But minutes after the video clip of the gaffe went viral, the Chief Minister’s Office issued a statement saying “the ‘state level curfew’ shall be more stricter than lockdown”.

“I do not know the technicalities of the word curfew. We had the lockdown for four days (from April 29 to May 3). The state curfew will be stronger than that… Don’t go by the nomenclature. People can interpret the words (curfew or lockdown) the way they want. Finally a curfew is stronger than a lockdown,” Tanavade said.