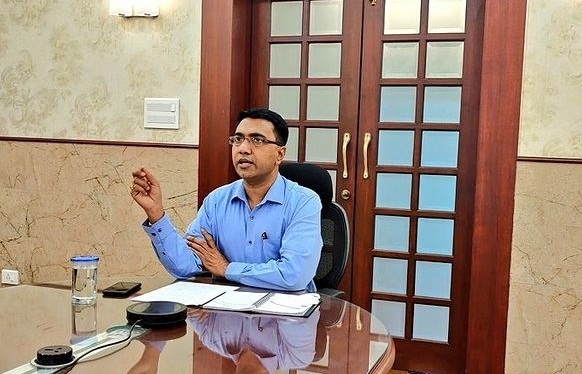 Panaji : Goan politics may get a touch of West Bengal in the upcoming state Assembly elections, even as Mamata Banerjee’s Trinamool Congress appears likely to make yet another foray in the coastal state.

Several opposition politicians in the state have confirmed that they were sounded out by the Trinamool Congress vis a vis the possibility of contesting on the party ticket for the state Assembly polls scheduled to be held in early 2022. Chief Minister Pramod Sawant, however, seemed unperturbed by the potential re-entry of yet another political outfit in Goa’s electoral politics.

“Let everyone come, everyone loves Goa,” Sawant said late on Wednesday, when asked for a reaction to reports of the Trinamool Congress possibly throwing its hat in the Goa polls.

Among those who were contacted by the Trinamool Congress with the possibility of joining the West Bengal-based party, includes a former two-term Congress MLA Agnelo Fernandes.

“I was sent feelers to join the party, but I have been with the Congress through thick and thin. I refused to participate in such a conversation,” Fernandes maintains.

Former Congress Chief Minister and sitting MLA Luizinho Faleiro, whose name has also been cropping up in political circles as a potential Trinamool Congress joinee has also said: “Lot of people are doing surveys. They are meeting all the leaders”.

If the Trinamool does make a foray in Goa now, it would be the second time that the party would be trying to make its political presence felt in the state. The party had roped in former Chief Minister Dr. Wilfred de Souza in 2012 to head the party’s affairs, but had failed to make a dent in the subsequent Assembly polls. Former Chief Minister Churchill Alemao had also joined the party in 2014.