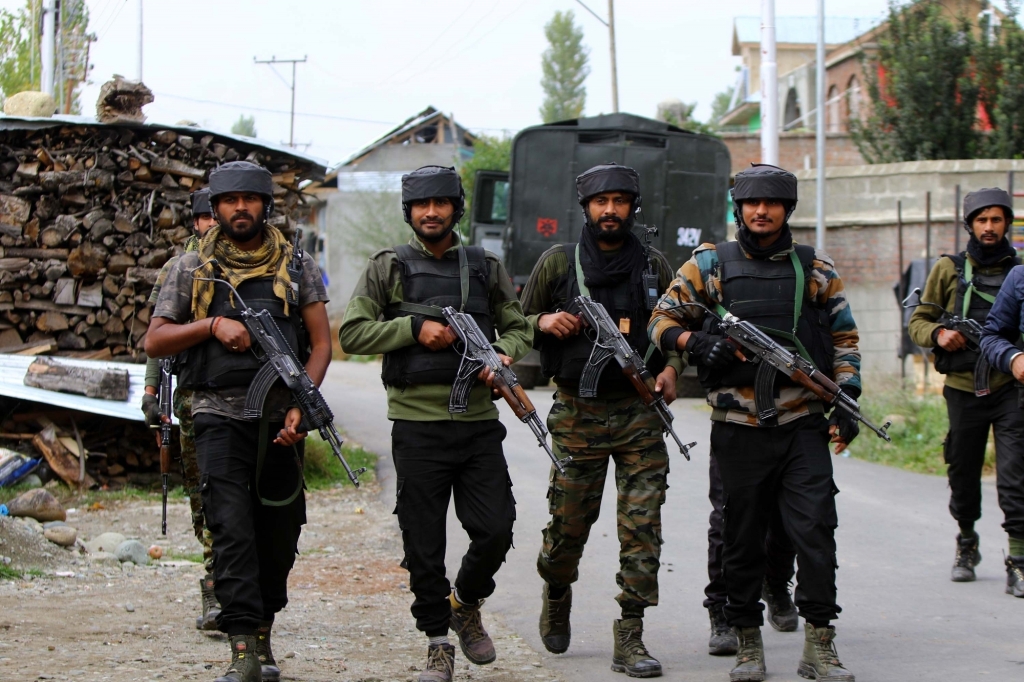 Srinagar : A Lashkar-e-Taiba (LeT) commander involved in the killing of two police personnel in Srinagar has been trapped in the ongoing encounter between terrorists and security forces at Drangbal area of Pampore in Jammu and Kashmir’s Pulwama district on Saturday, officials said.