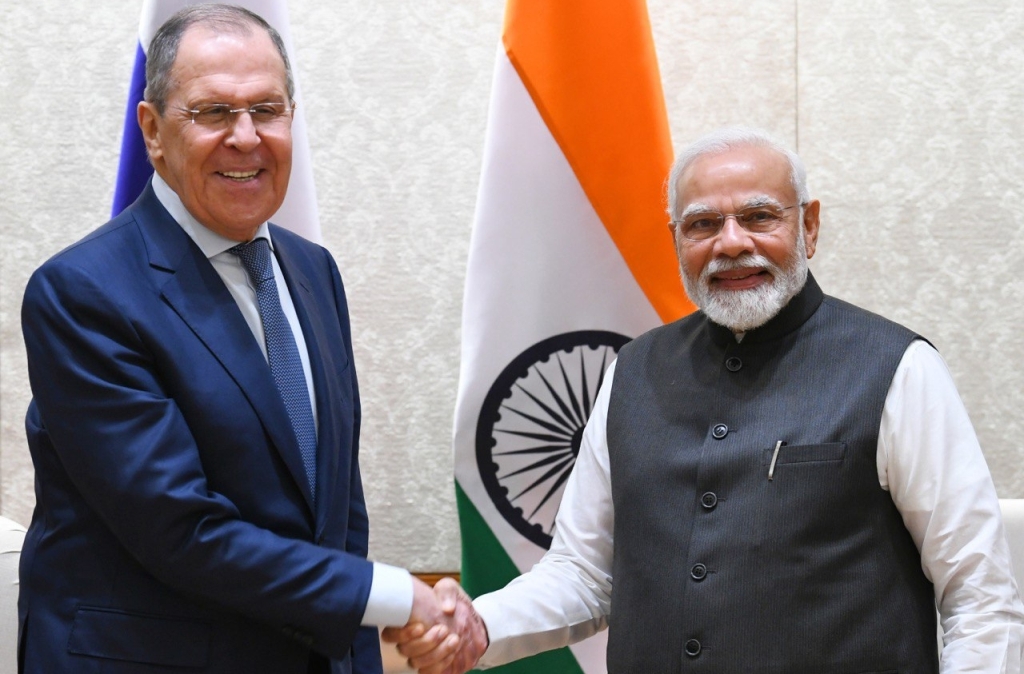 The meeting lasted for 40 minutes and Lavrov also informed the Prime Minister about various bilateral initiatives.

He, thereafter, left the Prime Minister Office’s but got stuck slightly in a traffic jam for a few minutes on way to the IGI airport to fly back to Moscow.

Ahead of meeting Prime Minister Modi, Lavrov has said US pressure would not affect the India-Russia relationship and added if India wants to mediate for resolution to the Ukraine problem, such a process can be supported.

Lavrov was on a two-day visit to India where he held deliberations with his Indian counterpart S. Jaishankar over crude oil offer, rupee-ruble payment, ongoing arms deals, Ukraine crisis, and the situation in Afghanistan and Iran.

About India playing a bigger role in the Ukraine crisis, Lavrov said: “India is an important and serious country. If India plays that role that provides resolution, India as our common partner.. we are for the security guarantee of Ukraine.. West has ignored it’s responsibility…If India is with its position of just and rational approach to international problems.. can support such a process.”

On India’s view on the Ukraine crisis, he said that India’s foreign policy is guided by its independent position.

“I believe that Indian foreign policies are characterised by independence and the concentration on real national legitimate interests. The same policy is based in the Russian Federation and this makes us, as big countries, good friends and loyal partners.”

India has stayed neutral on seven Ukraine-related resolutions at the United Nations.

Lavrov categorically said Russia’s aim in Ukraine is to deprive the Kiev regime from building the capacity to present any threat to Russia.

During interaction with media persons here, Lavrov, talking about the Ukraine crisis said: “You called it a war, which is not true. It is a special operation, military infrastructure is being targeted. The aim is to deprive the Kiev regime from building the capacity to present any threat to Russia.”

In their meeting, Lavrov and Jaishankar assessed the overall state of cooperation and considered the implications of recent developments on trade and economic relations.

Lavrov briefed the Indian side on Russia’s perspective, including the ongoing talks. Jaishankar emphasised the importance of cessation of violence and ending hostilities. Differences and disputes should be resolved through dialogue and diplomacy and by respect for international law, UN Charter, sovereignty and territorial integrity of states, he added.

The ministers also discussed the situation in Afghanistan. Lavrov conveyed his assessment of the recent conference on Afghanistan in China. Jaishankar noted that UNSCR 2593 expressed the concerns of the international community and spoke of humanitarian support for the Afghan people. Iran and the JCPoA issue were also featured in the talks.

On the supply of crude and arms, Lavrov said Russia will be ready to supply to India any goods which India wants to buy from them. “We are ready to discuss. Russia and India have very good relations,” he said.

Asked whether the rouble-rupee system for bilateral trade is being worked out, Lavrov said: “We have to find ways to bypass impediments.