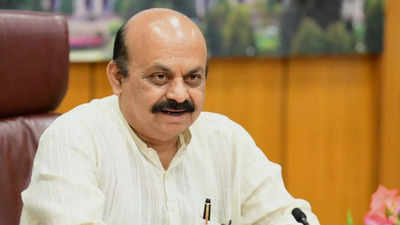 Speaking to mediapersons here, Bommai said, “Our popular ‘Champa’ has left us. His writings with independent thought were sharp. He used to hold a mirror to the system through his insightful presentation of issues.”

Champa had served in the All India Kannada Sahitya Parishat and was honoured with the Rajyotsava award, Bommai said, as he recalled that the writer had close association with his family.

“He was close to my father. The demise of Champa, who was a guiding light for me, is a big loss for the literary world,” he said.

Bommai prayed to the Almighty to give strength to the family and followers of Champa to bear this loss.

Bommai said, “Champa hailed from Hattimattur village in Haveri district. He was a revolutionary litterateur. His contributions to Kannada literature are immense. He fought for the supremacy of the language of the land all through.”

Chandrashekar Patil (83) passed away on Monday at a private hospital in Bengaluru owing to age-related ailments.

He was a well-known poet, playwright and intellectual who wrote in Kannada. He is considered as one of the foremost voices of the Bandaya movement, a progressive, rebel literary movement.

Champa was the editor of the influential literary journal ‘Sankramana’. He was known for leading many social and literary movements such as the Gokak agitation, Bandaya movement, anti-Emergency movement, agitation for the implementation of Mandal report, and farmers’ movement, among others.

After retiring as professor of English from the Karnatak University in Dharwad, Champa served as the president of the Kannada Sahitya Parishat and as the Chairman of the Kannada Development Authority. He had returned his Pampa Award, the highest literary honour of the government of Karnataka, protesting the assassination of scholar M.M. Kalburgi.