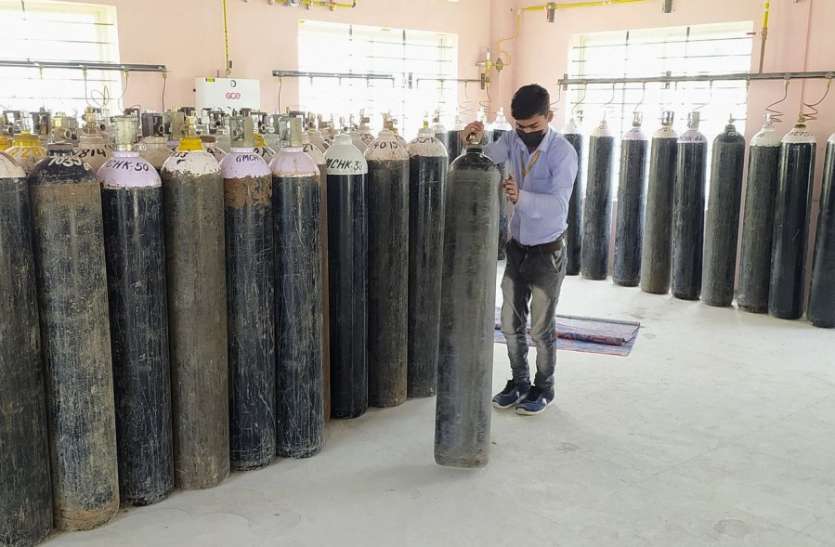 Lucknow: Uttar Pradesh has received its biggest consignment of oxygen — 600 tonne of lifesaving gas, up from an average of 100-150 tonne — ending the oxygen emergency for the time being.

Additional Chief Secretary (Home) Avanish Awasthi said, “This includes 321 tons of medical oxygen supplied by the Food and Drug Administration. We also have an allocation of 850 tons of oxygen from the Centre, which is the highest allotment among all states.

“However, to pick up our quota from other states like Bihar, we need more tankers. Earlier, we had only 30-35 tankers, but there are 84 in the fleet now.”

The state has also activated its oxygen monitoring system, which is a first-of-its-kind 24×7 oxygen-tracking module which enables real-time monitoring of GPS-fitted tankers by district magistrates.

“We will provide police escort to tankers where possible and open a green corridor for quick transport,” said the official.

The oxygen control room will provide minute-by-minute information on oxygen demand in hospitals in various districts, allotment and loading of oxygen in vehicles, live location of vehicles, supply and utilization of oxygen.

Pressure-swing absorption medical oxygen generation plants are being installed in more than 13 medical colleges and institutes across the state.

Oxygen producing plants are also being installed at private medical colleges and institutes. Some of the state-run medical colleges, where these plants are being set up, are in Banda, Azamgarh, Bahraich, Basti, Jalaun and Ayodhya.

Under the PM CARES Fund, plants are also being set up in Ambedkar Nagar, Saharanpur, Badaun and Firozabad.

To further boost oxygen supply in the state, Chief Minister Yogi Adityanath has given directions to set up generator plants in nine state-run medical colleges and institutes, for which funds have been released from State Disaster Relief Fund.